No srsly, is She-Ra to become a regular thing?

Especially since this is the 100th contest. But I already used my free month of Netflix back when "Legend of Everfree" came out exclusively on their platform...

Does anyone else hear music?
Moosetasm 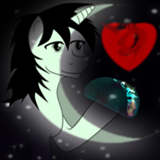 Moosetasm
#4 · 2 · 2 years and 5 months ago
>>CoffeeMinion
I’ve seen the little mini thing on Netflix, and it looks... clever? Like some of the jokes made me laugh. I’m a fan of the He-man and She-ra universe since the first animated series was out for them. Have a Hordak in my basement somewhere, along with Leech, with real sucking action... ahem. I should prolly just watch it.
Baal Bunny

I get the feeling:

That asking what on Earth that video was would just confuse me even more. So I don't think I'll ask...

Xepher
#6 · · 2 years and 5 months ago · >>QuillScratch >>RogerDodger
I like the idea of supporting new/other (non pony) universes in the writeoff. But... I've barely even heard of she-ra, much less watched it. Not knocking anyone's taste, but aren't there more popular animations in similar veins? Basically I'm wondering if there are plans for "Adventure Time," "Steven Universe," "Gravity Falls," or other writeoffs. And if so, how'd She-Ra end up first? Was there was some cabal that voted for this when I wasn't paying attention? :-)

But seriously, I'm not meaning to complain, just actually curious how/why this was chosen (trying to keep up with the discord chat is hard at times when I go to read the backlog) and want to know if universes which I AM actually interested in are coming up at some point. (Unfortunately, the "Schedule" link only goes a few events out.)
QuillScratch

QuillScratch
#7 · 4 · 2 years and 5 months ago · >>Xepher
>>Xepher
I've been organising the She-Ra events directly with Roger, in discussion with people in that fandom. If you're after other franchise writeoffs, check around to see if you can get interest & ask Roger is my advice. I for one would love to see more fandoms in rotation!
No_Raisin

RogerDodger
#9 · 7 · 2 years and 5 months ago · >>Xepher
>>Xepher
Basically what Quill said. Just convince me that at least 3-4 people will enter.
salamander 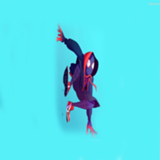 salamander
#10 · 4 · 2 years and 5 months ago
honestly i'm just glad a prompt without character names was selected, cause that would narrow the field quite a bit

altho if you think about it, separate ways itself could easily be interpreted as highly specific...
Zaid Val'Roa

Pascoite
#12 · 2 · 2 years and 4 months ago
I didn't get any takers in the last She-Ra round, and I still haven't watched the show, so I wasn't planning on being generally available for pre-submission critiques. If you want some, feel free to ask, but I'm going to leave my status in #mentors as "off duty."
Xepher

Cool, thanks for the explanation. If I had more time where I could rally people (or even know I could participate) I'd push something. Maybe in a few months!
KriegsaffeNo9