Under New Management · Original Minific · 31 Jul 2019
Organised by RogerDodger
Word limit 400–750
Show rules for this event
How John Became the Ruler of Hell
John had always heard that lawyers went to hell, but he thought that was just hyperbole. He
didn’t think they went there, well the non-corrupted ones anyway. When he had been hit by a car, he thought he would a least get to see Saint Michael first. Nope, once he awoke, he had appeared in hell. Right in front of Satan himself.

“Um, I-I think there as been some sort of m-mistake, sir…” John began.

“Y-yes I’m John Was-” John said, before Satan cut him off.

“So, John the Lawyer, are you aware that lawyers get sent straight to Hell when they die?” Satan asked curiously, as if wanting to know the answer.

“I always thought if was a figure of spe-”

Two demons had appeared to drag John away. He tried to struggle, to break free, but he was powerless against them.

“That’s absurd! I can’t wait for Hell to freeze over!” John yelled at Satan.

“Now THAT is absurd! You would in Hell! It is known for fire and brimstone after all!”

John wanted to argue, but he had just thought of something.

“Are you willing to bet your throne on that?”

Satan laughed, “Are you kidding me, why would I bet my throne? You can’t prove that Hell would freeze over! Besides, why would I accept such a deal anyways?”

It was John’s turn to laugh, “Because that would be admitting to everyone that you was afraid that you would lose a bet with a mortal!”

Satan stopped laughing. He looked toward the two demons in the room. They was watching everything unfold. The ball was in the mortal’s court.

John knew he was playing with fire here, but if he could get Satan to agree to the deal…

Satan thought for a moment, then sighed. “I will agree to your wager, but only on one condition. You have to explain how Hell would freeze over first, rather than just you burning. And it has to be convincing!”

John paused for a moment, “I’ll accept those conditions, so do we have a deal?”


John was sitting on Satan’s throne. With a bit of common sense, mechanic knowledge, and deductive reasoning, John managed to dethrone Satan as the king of Hell.

Since souls don’t have matter, they would be considered energy. It is an assumption, but it can be reasoned that the torture that the demons inflict upon the damned is what causes the heat in Hell. So the souls that had been in Hell for a long time would produce less heat than the newer souls.

Slowly, but surely, Hell was growing colder and colder. Thus Hell would freeze over before anyone burned in Hell.

Satan hung his head, and turned over the rule of Hell to John the Lawyer.

As John’s first order of business, he told the demons of Hell to place a sign in different parts of Hell.

“Hell is now under new management.”
Pics
« Prev   2   Next »
WritingSpirit

WritingSpirit
#1 · · 1 year and 5 months ago
So, with my first read, this story gave me a similar experience to 'It's a Living', in that bar the story's several grammatical stumbles, it was a nice read even though it didn't leave that much of a lasting impression. After subsequent rereads, however, I honestly wished I could still say the same.

I think my issues really started with the conversation John has with Satan, in that John isn't characterized here to be the conniving cobra capable of catching our goat-headed overlord off guard that the story implies after the break. If anything, it does make it seem like his whole 'common sense, mechanic knowledge, and deductive reasoning' seems to hinge more on Lady Luck instead. In a way, I kinda like that implication a lot better, though of course, that's not how it was written.

My biggest issue really is that the main driving force of the story that would've kept my attention was simmered down to the two paragraphs outlining how John became the Ruler of Hell. I had been hoping, from the title of the story, that we get to really see how it went down. Instead, it was relegated to those two paragraphs. Perhaps if more focus was placed on how that particular exchange went about, I could at least have some enjoyment from reading this. As it is now, I can't say it's doing anything for me.

From what I can tell, this story was definitely rushed, and I'm getting the inkling that the second half was written before the first. As mentioned, the story could definitely do better with expanding upon the exchange and the subsequent dethroning of Satan instead of all the chit-chat in the beginning. As neat of an idea as it might be, I can't say this would place high on my slate with how it was executed.

Also, I'm mildly peeved and disappointed that Satan here didn't even take into account the second law of thermodynamics which might play a part in the eventual heat death of our universe. You had millennia, millennia, to figure this out. You deserve to be dethroned by John the Lawyer on that basis alone, you incompetent pair of goat tits.

Thanks for writing, and good luck!
Comma Typer 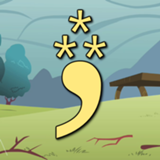 Comma Typer
#2 · · 1 year and 5 months ago
OK, sure, this is riddled with a ton of grammatical mistakes with things like "they was" (they were) and "a least" (at least). However, on its own, this is sort of OK because, well, 24 hours to write something.

The bigger issue here, though, is how the second half seems well thought-out compared to the first one as WritingSpirit said. The second half, beginning after the section break, is actually quite funny! Kind of like gravity finally dawning on Wile the Coyote before he falls down: this is the comedy that struck, and you just kept it coming with a deconstruction on the typical image of Hell. Applying engineering (or even just basic science to this; I'm not sure at the moment) really stole the show here.

However, the lead-up to that is where the overwhelming majority of grammatical mistakes lie which may turn off exacting readers. Moreover, while the first few paragraphs are OK as is (if you ignore the grammatical errors), they seem a bit too fast. The initial surprise of John being in Hell is pretty much non-existent because it's all written so quickly. Fleshing this one out a bit, even by just an additonal sentence or two, would heighten the surprise by building the build-up to it.

Other than that, well, the tone of the first half is quite nonchalant as is expected about a comedy like this. Nothing inherently wrong here; you've done a great job otherwise.

Overall, this is a diamond in the rough. Would take some digging and effort to get to the diamond itself, but, well, take pride in that diamond!
No_Raisin

Okay, listen. Author, I'm under the impression you're new to this whole WriteOff thing, in which case hello, welcome, enjoy your stay and all that. There's also a possibility you wrote this at 4 in the morning with the deadline fast approaching, in which case I know how you feel. But you should give these things at least one look-over. Come on, man. When I first read this I wasn't particularly fond of it, but the second time through made me realize just how much this entry is held together with wet tissue paper and the tears of small children. It could use some work, to say the least.

Verdict: I'm not gonna say where exactly this will be on my slate, but it won't be a high spot.
Pascoite

Pascoite
#4 · · 1 year and 5 months ago
This is, I believe, based on a rather old physics joke. It's not a bad take on the idea, but I'm never given much rooting interest in John beyond "hell is bad and of course nobody would want to be there." Incidentally, Saint Peter is traditionally the one who stands at the gates and informs you where you're going.

I'm going out on a limb and saying this is a non-native speaker. If not, I'm sorry for the assumption, but it's based on how most of the construction is fine, but there's a perplexing number of inconsistent editing errors. Like you get a lot of the more complex stuff right, but you're making some errors on the simple things.

I'm not sure where you're going with this, though. Why does John want to rule hell? What is he going to do with it? He's the one who established the stakes, so what is it he hoped to achieve? I'd think he'd want a pass up to purgatory, at least, if not better (assuming Satan can do that). Or at least another chance at life and a career change. I'd like to see an actual character arc here, not just the joke.
Bachiavellian

Bachiavellian
#5 · · 1 year and 5 months ago
Okay, so I think I've heard this concept/premise before, with the whole expansion-of-hell/thermodynamics thing, so unfortunately that did take some of the wind out of the sails of this one.

This is another story that I'm having trouble understanding the payoff of. It feels rather... expected in the way it handles its tropes and subversions. The "all lawyers go to hell" gag is a good example of this, along with the "tricking the devil" thing. Both of these concepts are hardly new, and both of them are played pretty much beat-for-beat the way you'd expect them to.

In the end, I can't help but think that this story sticks too closely to the prompt and art. I know this is going to sound harsh, but for me, the piece didn't really try to do anything that the picture didn't already convey, outside of the thermodynamics joke which was already spoiled for me. So, it was kind of hard for me, personally, to feel like my reading experience payed off.

So I think my advice would be, to try to diversify your ideation a little, if that makes any sense at all. Now, I'm not going to demand an M. Night Shyamalan twist at the end of everything you write, but I think that at least a hint of the unexpected can really go a long way, especially in these OF mini rounds, where building expectations is so paramount because it's pretty much the only thing you have the time/space to do.

I hope that kind of made sense, and I hope I didn't come across too harshly. Thank you for submitting, and best of luck!