No Such Thing as an Unimportant Day · Original Minific · 11 May 2019
Organised by RogerDodger
Word limit 400–750
Show rules for this event
On the Night Shift
Dragging her claws, Grubsnort managed not to tumble down the rough slate stairs into the lobby of Nightmare Central. Though why she bothered stopping herself from falling and breaking her neck, she had no idea...

Still, she shambled between the stalagmites of the reception area, their jagged edges catching in the black tangles of her fur. Even with the sun already up, shadows filled the place, but it was otherwise empty, she was glad to see. Coming through the maze of stone into the dispatcher's office, she let herself slump among the stacks of parchment covering the slab of quartz Lickspittle called his desk.

Collapsed there, she at least knew that Lickspittle wasn't arching an eyebrow at her. He was reptilian, after all. He didn't have eyebrows. "Tough night?" he asked after a moment, his voice rustling like dead tree branches.

"I'm done." Grubsnort creaked her neck back to meet his black eyes. "Shave me bald, strip off my skin, cut it into squares, and sell it to humans as chamois leather. 'Cause that's all I'm good for!" She flopped back over the desk.

Another bit of silence drifted by, then Lickspittle cleared his throat. "Am I gonna get a report here, or are you just gonna shed all over my paperwork?"

"Report?" Jumping up, she flailed her arms, softening the bones for maximum effect. "How's this? I'm a failure! I'm supposed to be bringing horrible dreams to horrible people, and what am I doing?" Hardening her bones, she smacked the desk with a crash that echoed through the whole office. "No! Really! Tell me what I'm doing! 'Cause judging by tonight, I don't have a clue!"

Lickspittle hissed a sigh. "Start at the beginning, Snort." He dipped a claw into a bottle of red, crusty fluid beside him and slashed a few marks over a big piece of parchment.

"Fine." She spat the word. "My first client was a vicious little queen bee named Vanessa. She's been making life miserable at her school, so I had her dream of walking through the halls with so much make-up on, the students thought she was a clown. Then I had the place change into a big top full of dancing, scary clowns, and she—" Grubsnort had to take a breath. "She danced right along with them! Snapped her teeth, shook her booty, everything!"

Something started glowing in one of Lickspittle's stacks, and he pulled a page out. "Vanessa Turley. After waking up this morning, she applied just the barest brush of foundation before heading to school. Right now, she's arguing with her posse about how phony they look." He nodded. "I'm putting this in the 'keep up the good work' pile. Next?"

Grubsnort blinked. "Well, my second was a budding sadist named Steve. He tore up his little sister's paper dolls, so I had the dolls come marching into his room brandishing the staple guns they'd used to reassemble themselves." She shuddered. "It was supposed to be a straightforward 'turned-tables' scenario, but it turned into this whole big video game battle! The jerk loved it!"

Another glow springing up led to Lickspittle unearthing another piece of parchment. "Steven Bastian. Right now, he and his sister are stapling her dolls back together and planning the big zombie adventure they're gonna play after school." He set that page in the same stack as the first.

"Your third client?" Lickspittle held up his blood-tipped claw.

Glaring, Grubsnort snarled, "My last guy was a stockbroker named Vinnie! He's been embezzling from his firm, so I had him dream that he was old and dying alone in the bedroom of his giant mansion! But I don't think he even noticed! He just laid there the whole time! No tears, no moans, nothing!"

"Vincent Gabler." Lickspittle waved a glowing page at her and put it with the other two. "Called in sick this morning and went to church, something he hasn't done since he was in college."

Lickspittle gave a croaking sort of chuckle. "You're doing fine, Snort. Just don't overthink it." Putting one last red scratch on the big parchment, he nodded and set it with the others. "Get your rest. Another busy night tonight."

Bachiavellian
#1 · 3 · 1 year and 4 months ago · >>Oblomov >>Light_Striker
This is really cute, and I love how the first sentence instantly tells us everything we need to know about the setting. It's a very effective hook, and it saves you a lot of word count later on, so nicely done! And I also really like how instantly relatable Grubsnort is, in the beginning, with the whole "I can't even do my job!" conflict.

As for complaints, I do need to mention that I don't see how Lickspittle considers Vanessa's case a win, since she's still acting rotten to her friends even after she goes to school. Since this was the very first of the clients described, it kind of threw of my expectations for the rest of the clients, and made me think that the point of the story was that these nightmare creatures were actually trying to encourage bad behavior.

When I figure out the point, though, I thought it was pretty nice, if a little inoffensive. The strength of this story really is the voicing here, instead of the themes or message, so I think it accomplishes what it sets out to do.
Oblomov 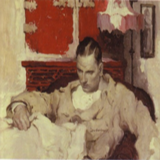 Oblomov
#2 · 2 · 1 year and 4 months ago
I generally agree with what >>Bachiavellian said. I also assumed that Vanessa's case was a failure, based on the result.

This isn't a complaint, but I found the third example amusing. Just the idea of this stock broker embezzling from his firm being on the same level as a school bully and a young 'sadist'. Worse, even: a crime worthy of nightmares and a trip to church!

Light_Striker
#3 · 1 · 1 year and 4 months ago
>>Bachiavellian
Vanessa is arguing with “her posse”, which is presumably her usual companions in bullying, not the people she targets. I read the implication as being that, having found her dream self in the “laughed at due to appearance” clown position she's been afraid of, and enjoyed it to her surprise, she's suddenly lost the vanity that made her an insecure bully in the first place and now finds the same trait disgusting in the others who were doing the same. That said, it does seem easy to skip over; it took me a double-take too, and the clowns specifically is a bit of an awkward leap.
Ratlab

Ratlab
#4 · · 1 year and 4 months ago
The office/cave juxtaposition made for an attention grabbing intro.

Grammar/phrasing was occasionally awkward; for example the following sentence:

"Even with the sun already up, shadows filled the place, but it was otherwise empty, she was glad to see."

All the commas break the flow up; it could be rearranged as follows, which reads more smoothly to me:

"Shadows filled the place even with the sun already up, but she was glad to see that it was otherwise empty."

Plotwise it was straightforward, but enjoyable. The first two reminded me of monsters inc, which was amusingly subverted with #3

A fun take on the theme.
Monokeras

Monokeras
#5 · · 1 year and 4 months ago
This is a fun story, but I’m still wondering what was the point of shoehorning it into a fantasy background. There’s no point in having your characters be of alien races. They don’t do anything related to their race. Instead, you could’ve drawn upon the already quite rich folklore available to you in the various mythologies.

The last line fell a bit flat to me. It’s very generic, and sounds like a piece of pub philosophy. Doesn't add much to the story, I'd even venture it detracts slightly from it.

Otherwise, it’s a pleasant read, and even if there’s no real message to get out of it, it was a fun moment. So yeah, middle+ for me.
scifipony 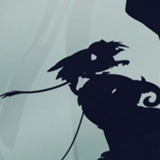 I liked this. A lot, But I am a SF and fantasy writer, so maybe I'm biased, though that ought to mean I'm jaded. So...

I'm not sure if you're channeling Theodore Sturgeon or Ray Bradbury here, but damn fine work. This is something you should be able to sell. I'm thinking New Yorker or some other mainstream mag that publisbes a little fiction. It might even sell in-genre. It's short and sweet, has great instantly relatable albeit monstrous characters, and pushes a relevant but not preachy message. Oh, yeah, did I mention it's playful and fun?

It's perfect for a super short fic. Don't expand it or over edit.

Congrats to the other medalists, and sorry I didn't get around to commenting on all the entries. I've been a couple days behind all week and thought the contest went till Monday...

As for the story, it came together pretty quickly. After seeing the prompt, rebel that I am, I decided I wanted to write about a night instead of a day. Nightmare Central come straight from there, and then the character who thought she was doing a terrible job delivering nightmares when in fact she wasn't. If I do more work on it, I'll clear up what happens with the first client, so thanks again!