The Last Minute · Original Minific · 30 Sep 2017
Organised by RogerDodger
Word limit 400–750
Show rules for this event
The Goldfish
If there had been any survivors, they would have found the situation anticlimactic. And, to be fair, it was not entirely unreasonable to assume, as the late human race had, that the destruction of a planet could not be a subtle event. The nonexistent survivors were at least consoled by the thought that, since there weren't actually any witnesses, they could keep on believing that without fear of anyone contradicting them.

Nevertheless, the overall feeling about what had happened was (hypothetically) disappointment. First of all, there hadn't been any warning at all, and it was very inconvenient to die unexpectedly. Even those who were prepared for the apocalypse were caught off guard: they figured that, even if they didn't know the exact day, it would at least occur at some meaningful time, like 6:06:06, or something like that.

But no, it was a little past two in the afternoon when the Earth blew up. It was a beautiful summer day—at least, in the part of the world where the only one to realize anything was about to happen lived.

Samuel was happily swimming in his bowl when he realized the end was near. It was a sudden flash; he saw the world like a puzzle, with the last few pieces about to fall into place. And then, it would be done, everything swept back into the box. Through the thick glass around him he saw only one thing left out of place. On a wall opposite him was a clock. The people in that house were, and could not help but be, totally ignorant of how it's shape was twisted passing through the water so that only their goldfish, out of all the creatures on Earth could see the terrible truth.

Samuel was distressed. He was a simple goldfish; he did not ask for much from life. He had no interest in politics, and was perfectly happy to leave the government of the oceans to the crabs. He was not wealthy, but he had a bowl to call his own, and that was good enough for him. But who will clean my bowl if everything ends? he thought (in general, humans and goldfish have much more in common than either would like to believe).

He swam a lap around his home. He wouldn't have many more chances to do that, to feel the water swirling past him, to see his rocks moving below, and his plastic castle, and the shapes of the people outside. Yes, he was going to miss it.

But his bowl was small, and his nostalgic inventory of all the things he was going to miss once he was dead only took about ten seconds. To be fair, that is a decent amount of time to a goldfish. He then spent the next twenty seconds worrying about how he was going to spend the rest of the remaining time.

When the clock hit thirty seconds to the minute he snapped out of it. Samuel couldn't read the numbers (or at all—they don't teach you that in fish college) but he could see well enough that there wasn't much time left.

Just then the door of the room flew open, and one of the humans came lumbering in. It sat down in front of the big black rectangle under the clock. That cheered Samuel up: the world might be ending, but he did like to watch TV. The remote was raised, and, with a flash, the TV turned on as the universe turned off.
« Prev   17   Next »
FloydienSlip 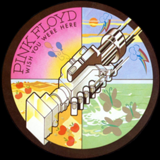 FloydienSlip
#1 · · 3 years and 1 month ago
This was wonderful. I really dug the narrative voice and enjoyed the parenthetical asides made. I would have liked more detail on how the earth came to be destroyed, because I think that would have strengthened the overall tone and impact of the story, but that's my only major beef.
Xepher

Okay, and properly absurd non-ending at the stop too.

So, this feels a bit too much like the dolphin/mice segments from the H2G2. Don't get me wrong, my favorite book, but I can't help but to compare.

The "goldfish memory" joke this leans on is pretty surface level from the title, but... minific is for exactly that sort of thing. This story sets out to do one thing, and it does it pretty well.
Monokeras

ITS shape, not it's. Grrr

Hmm... I don't know. I think the end is pretty anticlimatic yeah. I mean, I expected to see Samuel jump out of the water to warn the human something was about to happen. And fail. But do something.

Or, just, you know, forget about it right away, since goldfish's memory, I heard, does not exceed a minute or so.

But otherwise it's a pretty funny read, yeah.
Baal Bunny

Calling it "fish college" instead of "fish school" was a missed opportunity. It could then lead to an aside about how Samuel had never gone to fish college or had dropped out to take this job or something. More humorous asides are always welcome in a piece of this sort. Short apocalyptic fun, though!

Not_A_Hat
#5 · · 3 years and 1 month ago · >>Ranmilia
I mean, it was technically 06:06:06 somewhere, right? I'm a little conflicted about the goldfish seeing something in the clock that tells him the world will end, though. That just doesn't make any sense, no matter how I consider it. Eh.

This is a nice little slice of weird with some decent jokes in it. Feels kinda Douglas Adams. I wish it were more compelling, but it's eminently readable and definitely got a smile or two out of me, so that's nice.
Ranmilia

Doesn't quite gel as a story, but it's a nice stylistic tribute/experiment. Feels like this is close to as good as it could be for what it aims for; I think that aim is kind of low, but it would require major reworks to kick up and become a proper story, so eh, it is as it is. Thanks for writing!
AndrewRogue

1. Goldfish actually have perfectly acceptable memories. They can even be trained to certain degrees.

2. Bowls are unsuitable homes for goldfish. While it is true that goldfish will stay small in a bowl, that is because its growth is stunted by hormones, causing horrible deformities and eventually leading to its death. Properly cared for, goldfish get pretty big and can actually survive for 20+ years. However, this requires proper care (an actual aquarium of 20+ gallons - the more the better! - complete with filter, heater, and regular water changes).

Ahem. Anyhow. Decently fun and amusing, but I feel, much like the world, it ends with a bit of a whimper rather than a bang. While the end of the world is necessarily quiet, I think the end of Samuel's story needs a stronger punchline, to go out with something that really takes my mild amusement to the next level.
DuskPhoenix

DuskPhoenix
#8 · · 3 years and 1 month ago
I feel like I had something important to say but then I read Andrew's depressing information about goldfish and now I'm just kinda sad.

This story was kinda funny, but I did feel it pulled me out of the narrative a few times just because I couldn't quite get a grasp of your world's internal logic. I ended up with a lot of questions in my mind about why the fish didn't do anything about its realization, when it seems like the story just wanted me to chuckle. Unfortunately, I'm not really sure how you'd fix that and still keep within 750 words. :/
Xepher

Xepher
#9 · · 3 years and 1 month ago
Re-reading my remaining slate for the final and I noticed something:

But who will clean my bowl if everything ends?

Is that possibly a reference to Who Will Cut Our Hair When We're Gone?
Ion-Sturm

Ion-Sturm
#10 · · 3 years and 1 month ago
The expected world ending scenario shown from an unexpected source. Good use of an informal writing style and the puzzle simile was inspired. Overall a solid entry, although the humour failed to grab me.
libertydude

libertydude
#11 · · 3 years and 1 month ago
Having a goldfish witness humanity's end is definitely a unique perspective, and the story does manage to give the story enough of a humorous edge to work. However, I feel like the opening paragraphs try a bit too hard to emulate Douglas Adams, sounding significantly wackier than the rest of the (admittedly offbeat) story. I also thought that the ending with the television was a bit too random. I get that an odd story like this will have an odd ending, but I really don't get the significance of the TV.

A good dose of random humor from the tiniest perspective of the apocalypse.