In Over Your Head · FiM Minific · 04 Jun 2016
Organised by RogerDodger
Word limit 400–750
Show rules for this event
Data Doesn't Lie
"Honey," Night Light said, as he trotted into the living room with not one but two ponies on his tail, "we're going to need another chair."

Twilight Velvet looked up from where she was adjusting the lectern in front of the drapes over the picture window, and did a double-take. "Princess? What are you doing here?"

"I think she means the other princess, little ladybug," Cadance said.

The curtains gasped and rustled, and a wide-eyed purple head popped out. "Princess Celestia?!" Twilight squeaked.

Celestia stepped forward past Night Light and Shining Armor, smiling at the little filly. "I hope you'll forgive me showing up without an invitation—but when I overheard from one of my most promising young guardstallions that my faithful student is giving a presentation on an independent research project, I knew I couldn't miss it."

"Mom mom mom!" Twilight said, dashing out from the curtains. "If we're setting up a new chair I'll have to redo all the seating calculations—"

"It's alright, Twilight," Celestia interjected with an impish smile. "I'll take Cadance's seat. I'm sure that she and Lieutenant Armor can find a way to both fit on the sofa chair."

He was finally coaxed onto the sofa, where Cadance sprawled across him with a goofy grin, and Night Light and Twilight Velvet exchanged knowing smiles before taking their own seats and lowering the room lights.

The picture-window curtains rustled, and Twilight stepped out, clambering up onto a stool behind the lectern, her eyes barely visible over its top edge. She cleared her throat and tapped a glowing stack of index cards to the surface. "On Filly Bedtime Optimization: Results Of A Longitudinal Study Of Monophasic Som. Somnel." She squinted.

"I know, mom. I misspelled it on the card." Twilight paused to correct her notes. "Slide."

Night Light clicked the button on the projector. A hoof-drawn graph sprang onto the screen.

"As you can see," Twilight said, "I tracked my bedtime over the course of a two-month study, plotting it against several objective and subjective factors. Slide." New lines sprang onto the graph. "You can see my test grades here—" she pointed to a flat line along the top—"along with self-reported productivity levels, and survey-collected data on my grumpiness at breakfast." Twilight switched index cards. "Footnote one. Velvet, comma, Twilight. 992 CE. Anyway—slide—the data show strong, uniform correlations. And as you can see, my proposal easily exceeds the minimum CAS bed rest recommendations. Plus it would result in a 60% decrease in artificial lighting usage—"

"Hang on," Shining Armor said, squinting over Cadance's back. "You're saying Mom and Dad should send you to bed at seven PM?!"

Cadance giggled, brushing a wingtip to his neck. "I don't know, Shiny. Maybe it deserves some experimental confirmation while I'm sitting for her tonight…"

"Seven on the nose," Cadance said over the soft midnight chirrups of crickets, as Shining Armor hurriedly smoothed down his clothing and scooted toward the far end of the couch. "Not a peep from her room since."

"That's probably because there was a Royal Guard keeping the peace here," Night Light said. "You know, we could probably get Celestia to transfer him…"

"Stop teasing Shining, dear," Twilight Velvet said, slipping off her white lab coat, "and come check on your daughter with me."

Night Light raised an eyebrow. "I know Twiley, honey. She wouldn't have gone to all that effort if she didn't genuinely want to be in bed by seven."

Velvet caught his collar in her horngrip and dragged him upstairs. "You know Twiley, dear, but you don't know science."

When they pushed open Twilight's door, the lights were out, but the blankets on her bed had a giant glowing lump in the center, inside which the silhouette of a filly flipped the page of a book.

Velvet cleared her throat. The filly's hornlight winked out, and after a moment's frantic scrambling noises, they found her with her eyes closed on top of a stack of library books.

"Nice try, sweetie," Velvet said, sitting on a corner of the bed. "But I noticed something interesting when I checked your sources. It turns out that 'bed rest', as clinically defined, is not actually the same thing as 'sleep'. And you never addressed sleep hours."

Twilight opened one eye, then guiltily sat up.

"Does this mean," she said, "my study's not passing peer review?"
« Prev   8   Next »
FanOfMostEverything

FanOfMostEverything
#1 · 2 · 3 years and 9 months ago
A positively adorable story of young Twilight. My only complaint is that you never really did anything with Celestia beyond having her show up, but the word limit precluded her doing anything more. Nice work.
Trick_Question

Trick_Question
#2 · 1 · 3 years and 9 months ago · >>Rolo
Initially it sounds like Celestia is the purple-headed pony, which is confusing. Is she outside the building at first? Where is Twilight when she sees her? I'm not sure where everypony is.

"Seven on the nose," Cadance said over the soft midnight chirrups of crickets.

Well, is it seven, or is it midnight?

I'm not certain I understand why Shining Armor reacts with surprise about the 7pm recommendation. Is that early, or late? For young foals I find 7pm is probably reasonable. We don't have any sense of what time Twilight used to go to bed at, so it's unclear what 7pm means for her.
Rolo 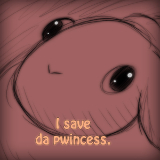 Rolo
#3 · 3 · 3 years and 9 months ago · >>horizon
Completely adorable. It vaguely reminds me of The Wizard and the Chalkboard, though I can appreciate the different styles of storytelling. What I'm saying is that filly Twi is a goldmine of nerdy-cute.

The Shining-Cadance shipping is rather meh, though; it tips a bit past "sweet" and into "cringy". Not enough to hurt the story, but it doesn't add anything for me.

>>Trick_Question
Twilight is the one who popped out from behind the curtains, and the dialogue in the same paragraph belongs to her. Reads quite clear to me. Everypony is in the living room, and Twilight is behind the window curtains prior to giving her presentation.

Cadance is reporting at midnight to Twilight's parents that Twilight went to bed at seven.

7pm seems way early. My absolute earliest bedtime that I can even remember was 8pm, and I was far too young to do an "independent study project" when that was the case.
The_Letter_J

The_Letter_J
#4 · · 3 years and 9 months ago
That was cute and amusing. There were a few bits that I had to reread a few times to understand, but I think those were mostly my own fault for trying to read while sleep deprived. I imagine this story will end up fairly high on my ballot.
Ceffyl_Dwr

Ceffyl_Dwr
#5 · · 3 years and 9 months ago
There were some cute moments to be found in here, but the story itself didn't hold my attention as much as I hoped. I can't think of too much to offer as a critique, so that fact might just be down to reader preference rather than an issue with the story itself. Punchline is pretty adorable, though.

Thanks for sharing your work!
Morning Sun

Morning Sun
#6 · · 3 years and 9 months ago
This was cute and amusing and really I have no major comments other than to say it made me smile, and thanks! Adorable fluff. Oh - except yea, Celestia should play a bigger part if you're bringing her into the picture.
Monokeras

Monokeras
#7 · · 3 years and 9 months ago
Some run-on sentences: Twilight Velvet looked up from where she was adjusting the lectern in front of the drapes over the picture window, and did a double-take. That’s really much information packed into a single sentence.
He was finally coaxed onto the sofa, where Cadance sprawled across him with a goofy grin, and Night Light and Twilight Velvet exchanged knowing smiles before taking their own seats and lowering the room lights. Comma splice. You should get rid of the ‘and’ before Night Light and use a full stop instead.

The story is really sweet, I simply don’t expect filly Twilight to be familiar with ‘peer reviewing’. On the other hand, drawing from the ‘filly Twilight’ trope, you didn’t really put your neck on the line. Well done, though.

If Bookplayer was still among us, she would be my primary bet on that one.
Exuno 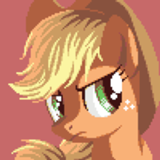 georg
#9 · · 3 years and 9 months ago
Data Doesn’t Lie — A — Another cute filly Twilight story. My kryptonite. I’m looking forward to this one being expanded too, because little things in it show snip marks to squeeze it down to 749 words, such as lack of a scene description for the last portion, or any more actions from Princess Celestia other than simply existing. Very nice work, and Dawwww….
horizon

Reviews here seemed to generally agree with each other, and there's not a lot to say in response, except to thank you all for your feedback.

As I noted (>>horizon) — and as almost everyone here picked up — this story was cut nearly in half from its original version. The common complaint about Celestia's passiveness is definitely an editing problem. In the original, she's got a huge amount of banter with Night Light, and Shining and Cadence, and that romance subplot is a bigger and gentler element, making clear that her trip there is about a little bit more than supporting her student. (I can see where >>Rolo's complaint about cringy shipping comes in; hopefully giving that more room to breathe and giving Shining a little agency back will cut down on the chessmastering effect.)

>>Rolo is correct on all three explanations.

Pretty much everyone commented on the cute filly Twilight angle. Yeah. It's awfully "safe" storytelling/fluff/blatant feels bait, and fairly well-trodden ground besides; I tried to add in the Shining/Cadence stuff to offer a second angle to the story with some fresher material, though that probably expanded the story beyond minific size. The reason I did cute-filly-Twilight in the first place was that, when I looked at this round's prompt, the first interpretation that stuck in my brain was someone in blankets over their head: Twilight's nocturnal reading. And of course she's the sort of filly who would try to argue her parents into sending her to bed earlier so that she could do more reading in peace …

Anyway, thank you all again. :twilightsmile: