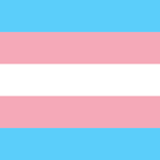 Magenta_Shadow
#4145 · 2 · 4 years and 4 months ago on A Soul Falls From Grace
I want to preface this by saying yes, I know my writing was inherently flawed and I should have planned everything out much better... or at all. So I'll only be responding to corrections in what I wished to display even if I didn't do it as well as I could have.

1. Vengeance only took over the first time because she was unconscious and he took advantage of that to take control.

2. Sanguine has a double meaning. Joyful and blood-red.

I don't really have much more to add because the reviews I have been given are dead on about my failings in this story.

On another note though; I am currently rewriting this to be much longer and set in Sanguine's point of view with a lot more character and world building.
Magenta_Shadow

Magenta_Shadow
#4575 · · 4 years and 3 months ago on The Mission of a Lifetime
Note to self: Spend more than 30 minutes writing your stories.

But yeah in all seriousness I see where you guys are coming from. The idea was good but the execution was flawed.
I'll take your words under advisement with my next attempts.
Magenta_Shadow

Magenta_Shadow
#4576 · · 4 years and 3 months ago on Food and Magic Doesn't Mix
When I started writing this I felt very confident about it but by the time I finished I realised just how much I had to leave out and how much the remaining ideas would have lifted it up to be a better story.

But hey at least as I practice I slowly improve my skills.

I can honestly say I did much better with the stories this round than my failure last round.