To Those at the End · Original Minific · 28 Mar 2020
Organised by RogerDodger
Word limit 400–750
Show rules for this event
Snail Mail Delivery
“It’s… a cargo crate, ma’am,” said Jameson. “One of the kind that RSI uses on their long-haul freighters. Moving at 78 meters per second.”

Beatrice frowned in confusion. She’d been in charge of Eris-1, the newest and furthest of the trans-Neptunian stations, since it was founded almost ten years ago. But there was just something downright off-putting about seeing a lone cargo crate lazily approach them on a perfect collision course.

The screens in front of her showed the crate’s heading, bearing, and anticipated time before interception. Given the crate's speed and distance, it was still weeks away from colliding with the station, of course.

“And there are no ships nearby that could have dropped it off?” asked Winslow, the station’s executive officer.

“Nada,” said Jameson. “Absolutely nothing for several million klicks around the path of the crate.”

“Any idea what’s inside?” asked Beatrice to the overworked technician.

“We’ve done a couple of high-penetration scans with radar and x-rays," said Jameson. He wiped his perpetually-fogging glasses with a sleeve. “They suggest an uneven distribution of mass. A little air, some intermediate-density solids, but mostly there’s liquid with the density of water.”

“Could it be water?” said Winslow.

“Possible. The crate’s still got power, so temperature's being modulated.” Jameson lazily stretched his hairy, chubby, arms out. “We’re getting zip on the spectrometer for radioactives or volatile residues, so it’s almost certainly not explosive."

That was good enough for Beatrice.

“We’ll wait until it gets within twenty thousand klicks,” she said. “Then we’ll send out a shuttle to pick it up. Send RSI an inquiry for now, but no need to divert any other resources.”

Winslow nodded at her words as he tapped his datapad, sending messages to the station’s various departments. Jameson, on the other hand, shrugged and already seemed to be losing interest.

Beatrice rubbed at her temples.

Eris-1 was a busy place, where 70-plus hour work weeks were the norm. Having to worry about yet another thing—even one that wouldn’t matter for almost a month—was a hassle that she didn't want.

They received a response from Roberts Space Industries late the next day, due to the light-lag. It simply read, “It’s a surprise!”

When the time came to pick the crate up, she made sure that Winslow included a hazmat technician on the shuttle’s crew.

The pickup team worked quickly, securing the minivan-sized container and bringing it into the station’s primary airlock in less than six hours. Beatrice was present as the hazmat tech, wearing a yellow contamination suit, began the process of unsealing the crate.

“This is some kind of practical joke from RSI, isn’t it?” asked Winslow.

“If it is, it’s a damn expensive one,” she said. “Send an invoice to RSI for the rush-order docking services.”

Winslow chuckled. That’s what Beatrice liked about him. He understood her sense of humor.

The hazmat tech finally had the container’s hatch open, and he stepped inside. A minute later he came back out, helmet off and smiling. He carried a dark-glassed bottle in one hand, and a paper note in the other.

“Hey, Ms. Weintraub, check this out,” he said, offering the plain white card to Beatrice.

From the Crew of the Aurora, To those of you on the edge of all things, a gift.

It should be perfectly aged by the time it arrives. Happy tenth anniversary!

The date listed on the card was six years prior.

Beatrice felt the tips of her lips push up into her cheeks. She glanced at the label on the bottle that the hazmat tech still held and briefly caught the words, “Bordeaux, France”.

“Winslow,” she said, “did we happen to be resupplied by an RSI ship called the Aurora sometime in 2238?”

“Yes,” he said. “April 17th of that year. Occurred with no incidents to note, other than the ship briefly slowing when they were about a tenth-AU away. That's when they probably kicked this off at us.”

“I’m guessing”, said Beatrice to the hazmat tech, “that there’s a lot more bottles in there?”

The man nodded, dopily. Beatrice thanked and dismissed him.

“Winslow,” said Beatrice. “Please send out an announcement that officially, all station crew may consume no more than one glass with dinner each day.”

Winslow grinned back at Beatrice.

This is a lovely little piece and it's nigh perfect. While I did not understand a few sci-fi terms here and there, that's okay because they're merely flavor for a story that is good even without it: a good set-up of expectations at the beginning, some misdirection with the mystery of the box, and then the surprise of the cargo being a celebratory gift of wine which is quite heartwarming considering the rather somber or otherwise serious tone of the story's first section.

The only thing I would complain about is how the description/atmosphere tapers off in the end like the story is just suddenly fading to black. The final moment could be more poignant/emotional if there was at least a phrase if not a sentence or two regarding how the scene felt or even what kind of surface they were walking on.

Other than that, it's phenomenal! Easily a medalist in the making.
Baal Bunny

I wonder about the note saying that this gift is from the crew of the Aurora, but apparently, nothing at all special happened when the Aurora docked six years ago. I'd suggest that the gift instead be from RSI as a whole in appreciation for everything Eris-1 does. And maybe at the end, Beatrice could countermand her order about invoicing RSI for the rush-order docking services? Other than that, though, this is an exemplary minific.

Bachiavellian
#3 · · 2 years and 5 months ago
So, I thought this was a pretty cozy story. I liked the way Beatrice came across, with her dry, wryness, and the general story tone felt pretty good to me.

Now, I have to say that I do have a higher than average tolerance for sci-fi techno-talk, but I did notice how much information gets dumped out during the first three or four paragraphs. It's a lot to take in at once, and I kinda wish that it was spread out over a more manageable stretch of wordcount.

The end twist is kind of simple and kind of plain, with the way it resolves itself. There's not much fanfare with the actual reveal, to the point that I almost felt like I missed it. I think that a little more emotional signaling would go a long way towards letting the reader know that the payoff is happening.

Still, I have a soft spot for space sci-fi, so this one is definitely winning all sorts of brownie points with me.

Thank you for submitting!
TheRedParade 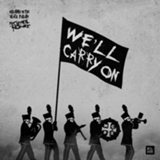 TheRedParade
#4 · 1 · 2 years and 5 months ago
A short little heartwarming story, definitely one of the lighter entries compared to the others. It's a nice mix of military/sci-fi jargon without getting to technical, which I appreciate greatly. It sets up the story quickly and efficiently without much effort and executes the twist well, all while staying within the confines of the word count.

A nice interpretation of the prompt that's well thought out and well executed. I guess there were some other directions it could have gone at the end, but I think given the word count it's exemplary. Besides that I don't really have any other complaints about it.
Monokeras

Monokeras
#5 · 2 · 2 years and 5 months ago
It’s a nice story. Now I don’t drink wine, but thanks for mentioning Bordeaux.

Other than that, I have little else to say. It’s nicely woven around the reveal, but there is little else here. It’s like a small piece of chocolate you take with a coffee: it is pleasant while you have it in the mouth, but leaves little else afterwards.

Except maybe the subconscious desire to have one more bite at it. :)
No_Raisin

No_Raisin
#6 · 1 · 2 years and 5 months ago
You know, several days after first reading this entry, I gotta say it's aged quite splendidly... like wine.

There are several sci-fi tales packed into this round, and as you should know, I am a semi-connoisseur of the genre. So I feel like it must mean at least a little bit that "Snail Mail Delivery" is my favorite of the bunch. Why? Because very simply, it's a story that works specifically because of the internal logic of its universe. That is to say, it wouldn't be possible to try to have this story take place in say, present day Earth, and have it make sense, because the twist relies on time dilation and a fuck-ton of space being a factor. With that said, the last third in particular is beautiful. We're led to believe that the situation with the crate is serious, even ominous, but it turns out to be something else, the kind of twist that I actually like. Not only did I not predict it, but it just feels good, you know?

Kind of a nitpick, but I don't like the little lapses into technobabble, at least early on. A lot of sci-fi space jargon gets dropped on the reader pretty quickly, and I swear some of these words were deliberately inserted to not make sense. It reads like a parody of the exposition in a bad Star Trek episode, a little bit, but not quite. It's a shame too, because the dialogue is mostly pretty believable aside form the jargon. Yeah, that's all I got for the complaints I guess.

Verdict: Shit, this might actually be at the top of my slate. It appeals to me specifically.