FanOfMostEverything
#1 · 2 · 3 years and 10 months ago · >>horizon
So… is there a hole in the roof of the shrine to let the moon through? I assume that’s the case, but it’s not really made clear. That being said, Nightmare Moon using dream spying to keep her reign secure is a stroke of genius.

Okay, I really want to see this one expanded, because I’m not entirely sure what just happened. Nightmare’s wistful aside, what she did to Lyra, the long-term impact this might have on all involved… I have a lot of questions and nothing but frustration to show for them right now.
Trick_Question

Trick_Question
#2 · 2 · 3 years and 10 months ago · >>horizon
I was confused about the geometry of the shrine. Was Lyra floating in midair because there is no floor?

I'm not sure what the message or intent of this piece is. We don't get much of a payoff, and it isn't explained why Lyra is released, why she decides to abandon her friends, or why she cast the spell she did (or how it works). There are too many questions left unanswered for me to feel like I received a resolution.

It would also help if there were any connection between the friends and the respective Elements, or if we had an idea of why they were in the castle (searching for the Elements?).
Ceffyl_Dwr

Ceffyl_Dwr
#3 · · 3 years and 10 months ago
Now this was pretty interesting! I think I grasped the particulars here, although there certainly was a lot of them cramped inside the small word limit, and as a result nothing felt explored to a degree that was satisfactory. But I liked it; quite a bit, in fact. If this was expanded then you'd definately be counting me among its readers. Nice work, and thanks for sharing it.
Everyday

Everyday
#4 · · 3 years and 10 months ago
There's a lot going on here. A little too much for a minific, unfortunately.
Still, it was an intriguing read. I encourage you to expand this and explore the ideas here. I particularly like the idea of dream-espionage and measures taken to try and counter it. The idea of Moondancer being the group's "leader" also catches my interest.
So, again, expand on this. It definitely deserves it.
The_Letter_J

The_Letter_J
#5 · · 3 years and 10 months ago
This seems like more of a start to an interesting story than a story itself. I'd like to read the full version, but this small snippet of it leaves me more confused than anything else.
TheCyanRecluse 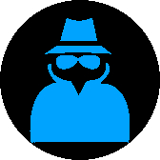 TheCyanRecluse
#6 · · 3 years and 9 months ago
I'm... Mostly puzzled by this one. I get the general picture, but the details elude me...

Soooo.. Nightmare Moon won. Celestia is banished. The elements of harmony were never activated. Now some ponies are trying to figure out how to defeat Nightmare Moon, but she can see dreams... And thus see the intent of those aligned against her. She's the ultimate spymaster, and this no one can stand against her.

Except when she scoops up this little batch of rabble rousers, she finds an extra pony that never showed up in the dream realm.. Lyra. Because Lyra had, at some point in the past, cast a spell to keep herself from having to sleep... Probably for some innocuous reason. This makes her extra dangerous to Nightmare Moon, so she...

Has a change of heart / dream sequence / something? And then decides to let Lyra go, after revealing the secret of her police state. So Lyra returns home, knowing she alone is immune to the Nightmare's watching eyes.... And.. Burns her book on the elements, apparently giving up the quest to beat her? I'm totally confused and nonplussed by all of this, and not sure what the point it.

It is interesting though, if confusing, so you definitely earn points for that...
Morning Sun

Morning Sun
#7 · · 3 years and 9 months ago
I think this raises too many questions here without the requisite hints to answer them. Yea, to quote others - this has too much substance for its word count, currently, and could stand to be expanded. The big part is 'Why does NMM do what she does?' - too dangerous to be locked up makes us think she's going to execute her, and yet Lyra walks? Why?

NMM's actions need to be elucidated upon
horizon

horizon
#8 · · 3 years and 9 months ago
>>Trick_Question >>FanOfMostEverything
One thing I don't see anyone mentioning, and what might be a source of the geographic confusion here, is that it looks like the first soft scene break shifts from reality to inside a dreamscape. The last thing we see is "She felt an empty chill, then all went dark". The description of the temple then talks about sheer cliffs, which would make no sense with NMM's stronghold in the Royal Castle of the Pony Sisters (if this is, as it appears to be, the AU from the S5 time-jumping).

That didn't bug me the same way it did others, but now I'm having a moment of fridge logic as I'm explaining it. How was Lyra being pulled into dream when her disconnection to the dreamscape is such a major plot point?

That twist — and the further twist of NMM's inner doubts — is a really grabby hook. This would make a really intriguing longer story. Evaluated solely on text as written, I think that ending elevates this beyond a mere prologue, though it does feel short on context for Lyra's decision. I mean, there's clearly some sympathy there, but given the context we do have — the dungeoning of all her friends — there's also clearly some cowardice, and while that's an intriguing choice of statements for your ending it's also pretty unsatisfying.

This comes together enough for me to like it, but it's still worth expanding; I'd like to see you dig into the intriguing ideas here with more depth and less wordcount pressure.

Haze
#9 · 2 · 3 years and 9 months ago
I broke my main rule here. I condensed a much larger concept to fit within a minific. I knew doing that wouldn't turn out great, but I was really into the idea and wanted to see reactions to it. This lead to where SO MUCH had to be taken out, or transformed into something simpler so the story doesn't fall apart, but I'd invested too much time to quit. I was greedy.

the disappearing floor was probably a line i had to delete to fit within word limits, and didn't think anyone would assume it's not there just because i didn't describe it. ironically, I like the misinterpretation more, it sounds even more eerie and nightmarish. I'll have to work that in intentionally, if I keep that scene (it was originally something very different, but I needed a way to rush some explanations in)

don't write a huge story as a minific. but sometimes the idea latches on to you and won't let you move on.