When The Lights Go Out · Original Minific · 23 Apr 2022
Organised by RogerDodger
Word limit 400–750
Show rules for this event
Precipitation
I lean against the railing, wood creaking in protest against my weight. The forest was silent tonight, the silence that came before a heavy storm. I eye the distant horizon where the stars were blocked by thick gray clouds, clouds that were rapidly making their way in this direction. Taking a heavy pull from the smoke stick between my lips I hold the burn in my lungs for a three count before letting it out in a heavy sigh. Taking the stick from my mouth I flick the ember at the end of it before wetting my fingers to fully snuff out the light before putting the half-burned stick back in the wrap which goes back into the shelf in the railing. Time to get to work.

I hop over the railing with a smooth motion and land in a crouch on the ground below, my coat pooling around me while the pair of sheaths at my sides don’t move at all, strapped in place. I stand and head out into the forest, pulling the hood of my coat up as I enter the trees. All of the smart animals were safe and warm and above all else dry in their homes tonight while my dumb ass wasn’t going to be any of the above in a few moments. But someone had to do this job or no one would ever be safe or warm or dry again.

I reach the circle just as the clouds roll in above, blotting out what little light there had been trickling down. I don’t need light though, I’ve walked this path too many times to forget it. I step into the center of the smooth rock just as the first drops of rain start to fall. It doesn’t take much before the stone under my feet starts to hum and I pull the pair of coal coated curved blades from my sides as indefinite forms start to rise from all around me. I take in a deep breath before I flow, striking at the nearest form before it can move more than a finger’s span from where it had started.

I dance between the drops as best I can as rain falls faster from the sky, roaring loud enough to deafen as barrels and barrels of water fall from above. I trust my coat to keep the worst of it at bay as I slash though one figure after another, their forms breaking apart back into loose water as long as I separate them into roughly even halves. I control my breathing, not wanting to take too much of the humid air in lest one of these things form in my lungs despite my preparations.

I had no hope of ever getting them all, for every one I cut down two or three others would form, sloshing their way out of the circle into the dark woods beyond. The point wasn’t to get them all but to get enough. Enough to fill the reservoir under the stone. Enough to call the others back. Enough, enough, ENOUGH! Like every other time I want to roar my defiance to the sky, to confront the storm with primal rage but my air is better spent moving my feet and arms.

I press on. I cut through another one of the blobs of water as it was reaching the edge of the circle and spin back around to the next one and follow though the strike as the rain starts to lessen. I jerk my head up to the sky in surprise, blinking. Storms weren’t normally this short. I glance down but it’s still true dark so of course I can’t see the reservoir level below me.

I cut down the last of the water forms, struggling weak thing that it was, as the rain stops falling and, and nothing. No call. No water being pulled back to the stone. I sheathe my blades and shake out my coat in the vain hope it’d be enough. It wasn’t. With a groan I start back to the watchtower, not looking forward to the now required task.

I always hated having to bucket hunt as a forest water fighter.
Pics
« Prev   1   Next »
Griseus

Pascoite
#2 · 1 · 1 month and 3 weeks ago · >>vladspellbinder
I don't get the ending. It sounds like there's some goal he has every time this happens, but he never achieves it. What that goal is, i have no idea. The tense keeps switching between past and present, there's a significant lack of commas, and it keeps using repetitive sentence construction. The action is nice, it keeps interest up, and it's a vivid picture.
Heavy_Mole

Heavy_Mole
#3 · · 1 month and 3 weeks ago · >>vladspellbinder
My complaint with this otherwise competent bit of fantasy writing is that it seems to end on the character's dissatisfaction with doing a chore. I can tell that it is aiming for a sort of moral maximalism--that the tedious task, in fact, is crucially important to the maintenance of some kind of harmonious order--but, though we are given interesting descriptions of the speakers work (that I have to go back and re-read to put them together is not a drawback in this genre), I don't quite get a sense of his/her opposition. They seem calm, virtuosic, and self-assured in their defeat of evil.
vladspellbinder 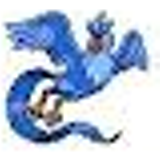 vladspellbinder
#4 · · 1 month and 2 weeks ago
Once again I forgot to come back and check on feedback. I loose track of the days far too easily.

>>Griseus
I wrote this whole thing in one sitting and once I hit 700 words (which I thought was the cut off point, not 750) I found that I had started all but two of the paragraphs with first-person I so I rewrote things a bit to have them all start that way for consistency sake and not having two paragraphs just stick out for being different when they were not overly important. If this was expended out into a full story I'd avoid this sort of thing.

>>Pascoite
Not going to lie, the ending is a joke on "forest fire fighters" in that this guy is a "forest water fighter" and both jobs hate "bucket duty".
As for his "goal" he needs to fill the revivor under the stone he was fighting on with water, to a level where the stone would activate and "call" the rest of the water into it. The rain becomes what are basically water elementals that if not contained would go out and flood the world. Because the storm was so short he didn't get enough "kills" and now has to go out an hunt the escaped elementals and use lots of buckets to bring the water back to the ritual stone and get the rest because he can't hunt them all. (And yes they do have water set aside for cases like this but there are problems with that because magic.)

As for tense shifts, well, I like to say that my brain isn't moored in traditional linear time so I have trouble keeping my tenses straight. I've yet to find a good tool to help with that part of writing. On the upside I tend to understand temporal mechanics very well and the majority of time travel stories are very easy for me to understand.

>>Heavy_Mole
I'm not really sure how to respond here because I'm not sure what your problem is.

I don't quite get a sense of his/her opposition. They seem calm, virtuosic, and self-assured in their defeat of evil.

Also as I said above I thought the word count was 700 and not 750. I sort of forgot about the Write Off until six or seven hours before it closed while I was trying to go to sleep so I wasn't firing on all brain power at the time. Had I realized I had another fifty words I'd have padded out the end a bit more to give some more context on a "bucket hunt" but it was always supposed to end on the "joke" of being a "forest water fighter" as opposed to a "forest fire fighter".

This was also my prompt so I felt I had to make something for it but my original idea for the prompt felt like it needed to be longer form so I just ran through various "blot out lights" ides, hit upon "storm and rain" and went from there.