QuillScratch
#2 · · 3 months and 1 day ago
Last She-Ra writeoff before season 5! Good luck everyone 😃

Unless we decide to have, like, a special hype writeoff... A hypeoff.
Pascoite

Pascoite
#3 · 2 · 2 months and 4 weeks ago on Meow! · >>GroaningGreyAgony
A few of the more obvious typos have me thinking this was a last-minute rush entry. Anyway, I have no idea what to make of this. A nonsensical dream, yeah, and a reference to Stick Cat (a greater icon that Hypno-Toad, to be sure). But I'm curious if you were trying to emulate a certain style. The beginning evokes Dr. Seuss, but then it goes into more of a choreographed thing that had me wondering if you were making fun of the Cats musical. Now I think it was random weirdness for the sake of random weirdness. As an example of that, it's not a bad one.
Pascoite

Pascoite
#4 · 2 · 2 months and 4 weeks ago on One in a Million
I like the separate parts of this, but I don't know how well they merge into a whole. The explanation of the multiverse-style possibilities was well done, but I don't think it was necessary, other than to tie into the prompt. If you'd just started into the AU SoL story, then I would have picked up on its AU-ness quickly, but then you might get accused of ignoring the prompt. Then there's a nice, comfy moment between the two. It's more scene than story, as nothing of consequence happens. I'm left wondering about that last line, though. It kind of makes it sound like Catra is disappearing, leaving me with a nagging feeling that she isn't coming back, or that Adora was only imagining her. Effective scene, and I like the chemistry your version of these characters have.
Xepher

Xepher
#5 · 1 · 2 months and 3 weeks ago on Meow! · >>GroaningGreyAgony
"Har har..." at that last line. Vaguely poetic language, but nothing more sticks with me. Sorry, author.
Xepher

Xepher
#6 · 1 · 2 months and 3 weeks ago on One in a Million
Hmmm... well written, but takes some liberties with the characters and setting that are maybe too far given the limited word count, and the attempt to explain a "multiverse" in the opening is also kinda kludged... ESPECIALLY given the limited word count. TV and Netflix (and chill) are too precisely _our_ universe (out of a million, so what are the odds), and while there's certainly a million shippers for Catra+Adora, a random scene in "quarantine" (actually minus points for that all-too-real bit) where she's rubbing her head against Adora's leg is a bit of a stretch without context or backstory. Still, a cute scene that mostly/kinda captures the characters in general though. I _could_ see this being something they could evolve into given enough time (and access to earth) so points for that.
No_Raisin

No_Raisin
#7 · 1 · 2 months and 3 weeks ago on One in a Million
I feel kinda cheated here. The first scene implies a kind of multiverse where we see many different versions of Catra and how her relationship with Adora plays out differently in each one. While we are presented with one of those many possibilities in the next scene, it feels way too down-to-earth, to the point where it stops feeling like She-Ra. There have been AU stories for this group where we see She-Ra characters in a world that's basically our own, although in this case I'd say it goes too far. First the whole "Netflix and chill" thing seems fine enough, even though it feels like that moment whenever someone posts a dead meme. The thing that pushes the story too far is referencing what is presumably the coronavirus outbreak. It's too timely, and also too meta, which gives the impression that this entry is supposed to be very tongue-in-cheek, except it's more of a cozy mood piece. Not necessarily a bad mood piece, mind you, because I do buy into the coziness of this particular relationship between Adora and Catra, but it still feels not She-Ra enough.

Does that make sense?
No_Raisin

No_Raisin
#8 · 1 · 2 months and 3 weeks ago on Meow! · >>GroaningGreyAgony
As someone who actually saw the Cats movie, this kinda gave me Vietnam flashbacks ngl.
GroaningGreyAgony

On behalf of Stickcat, I apologise for this, but Quill sort of requested it:

Quill Scratch 04/05/2020
btw if anyone wants an easy medal and reckons they can write a she-ra minific in 25 minutes...
I like tripled the effort I put into promoting this one cos I figured quarantine time would have loads of people looking for something to do.
Not that I'm bitter or anything :stuck_out_tongue: 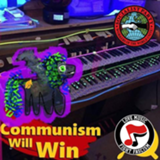 GroaningGreyAgony
#11 · 1 · 1 month and 2 weeks ago on Meow
>>Super_Trampoline
...I apologize on Stickcat's behalf for this one as well.