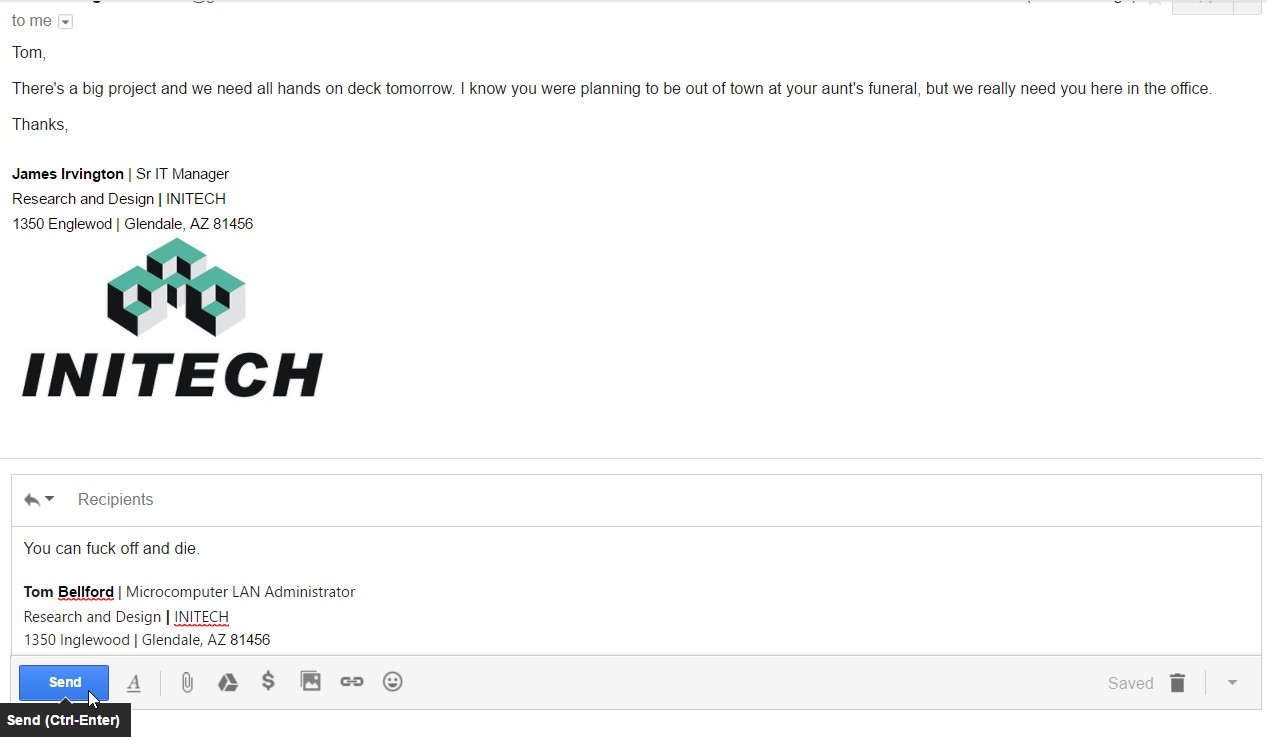 Fenton
#2 · 1 · 2 years and 8 months ago
That's where the question of what is the difference between writing and drawing blur.
For me, it isn't as important as what I can get from it, and what I got from this isn't very big. It's funny and a bit sad and what will follow that send is very obvious but it didn't do much else.

So, sorry but it won't score very high for me.
MLPmatthewl419

MLPmatthewl419
#3 · · 2 years and 8 months ago
TD and Fenton up there said it pretty well... screenshotty and writing. Sure, it provides a momentary laugh, but nothing substantial.
horizon

horizon
#4 · · 2 years and 8 months ago · >>horizon
Well, this one's a bit of an implication sledgehammer rather than an implication rapier. It's got what it needs to get its point across with that F-bomb punchline. Honestly, though, I feel like there's so much more context I want to see: what's got Tom so riled up that he can overreact so viciously?

And in a way, that feels like this piece's weakness. It leaves a lot unexplained around the edges (that writers can step up and try to fill in, but that this as a standalone art piece feels oddly empty without) ... but it's blocking in so much of the core story arc with that specific setup and the e-mail reply that I'm finding it hard to draw much inspiration from it. Though I note that the mouse pointer is merely hovering over send, which is a nice touch.

Artistically and compositionally ... what can I say? It's very effective in emulating the screenshot. It's, well, a screenshot. I can't really evaluate it aesthetically so much as judge the effort of its assembly and its effectiveness in communicating its ideas. ¯\_(ツ)_/¯

Thank you for sharing!
horizon

horizon
#5 · · 2 years and 8 months ago
Also, is nobody else going to mention that Initech is the Office Space company? (Neither named character appears to be from the movie, though.)
Dubs_Rewatcher

Dubs_Rewatcher
#6 · · 2 years and 8 months ago
Tom sounds like a character I would get bored reading about very quickly.