In Over Your Head · FiM Minific · 04 Jun 2016
Organised by RogerDodger
Word limit 400–750
Show rules for this event
Cotton’s Tale
Gather close now I want to tell you a story about a stallion named Cotton Picker. Now, Cotton wasn’t the kind of pony you usually hear about in stories. He never slayed a dragon, nor saved a town or had some great destiny calling him onwards. He was a farmer's son, the fourth of five squealing foals and came into the world with no great calamity or fuss. A little bundle of laughter and joy that lit up the homestead.

He didn’t have a long childhood, not many farmponies do. Every parent tries to keep their kids’ lives innocent as long as they can, but after a few summers little Cotton found himself working alongside with his siblings. Cotton never complained. That’s just the way of it for a small farm. Money was tight, the days were short and there was too much work to fool around. Perhaps this story would have had another end if little Cotton had been born a tradespony, or with storm weathered wings, but nopony gets to chose their birth.

The seasons never stopped changing around Cotton. Soon that foal toiling in the fields became a young stallion. He worked hard on the farm with his brothers and sister and even got a cutie-mark for pulling plows. His parents were never more proud. ‘Nopony can go wrong in life with a furrow ahead of him,’ his father said. ‘This one’s knows where his future is going.’

Perhaps he was right

Cotton didn’t get much schooling after that, he learned his letters but his family never saw the need for any more, given he was a plow pony. Besides the family couldn’t afford letting him go more than a few years. If I’m being fair he never wanted more than that. He was a stallion of his family, even at that young age, and every day at school was a day not pulling his weight. Still, he never regretted the time in the old schoolhouse. That was where he was introduced to Sweat Pea, the love of his life.

I’m sure there were couples more in love than Cotton and Sweat Pea. Ponies that wrote love letters in the sky or penned epic poems that brought grown stallions to tears. It was their love, though, and that made it special to them. I remember he’d carve flowers into every little piece of wood so that even when she was doing housework she’d never lose sight of her passion. His Ma thought it cute and pushed them to get married as soon as possible. Well of course she did, she was the one who’d matched them in the first place.

There comes a time in everypony’s life when they have to leave the nest. That’s just the way of it, no farm can support more than a generation without collapsing under the weight of hungry mouths. Cotton didn’t get much help leaving, there wasn’t much to spare. So, he took his meagre savings and went to the bank to get himself a loan on a nice plot of land. Perhaps looking back you could say his eyes were bigger than his stomach, but he had to do something, Sweet Pea was expecting.

The Picker family farm was a little patch of dirt up in the mountains, old logging territory. It was hard, back-breaking work to build a farm up there but Cotton went at it like he always did. Some days he got up two hours before dawn and didn’t go to bed till long after Celestia set the moon. Some days he didn’t get to sleep at all. Didn’t get to see his little filly. The stallion worked, and worked, and worked until his hooves bleed. All to get that patch of dirt running before the stallion from the bank came for his money.

Funny, how often ponies think farming is the simplest thing in the world. Not like the weather. Not like magic. It ain’t. Old Cotton’s corn never grew. Something to do with the soil I guess.

Pretty soon the bank came calling. Cotton went down to the town to beg but they didn’t listen. So Cotton double checked his life insurance, walked over to the railroad tracks and waited.

Ponies tell me it was the wrong choice.

But you’ve heard my Pappy’s tale. It was never his choice to end his story on the front of that train.

At what point did Cotton Picker ever get to make a choice?
« Prev   7   Next »
Trick_Question

Trick_Question
#1 · 2 · 3 years and 9 months ago · >>Mordred
This seems a little too grim for Equestria, even compared with the Pie family. The complete lack of community and family support is difficult to swallow, especially given the relationships that were already defined. You might need to make this story post-apocalyptic to make it believable.

That said, the message is very well-supported and on-point. I very much appreciate that this is a story with a meaning behind it. I just think it's a little too unrealistic at present.

This choice of name legitimately worried me that the story was going to be racist. Americans associate that term with a derogatory view of Blacks as slaves.

How can you be born with storm-weathered wings? I'm pretty sure womb tornadoes are rare events.
Mordred 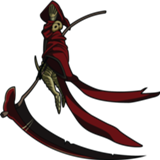 Mordred
#2 · · 3 years and 9 months ago
Surprisingly dark. I saw a few typos here and there, and like >>Trick_Question I think it was incredibly dark for the Equestrian setting, but it was pretty good. The lack of dialogue and description allowed for a lot to be fit into that short space (seriously, birth to death. In less than seven hundred words), and it did a good job of voicing the prompt. Nice job.
The_Letter_J

The_Letter_J
#3 · 2 · 3 years and 9 months ago
If you had left out the ponies and submitted this in an original fiction round, I think it might have done fairly well. But like others have said, this story does not at all fit in the Equestria we know. I can tell that you're a good writer, but this story definitely misses the mark for me.
Monokeras

Monokeras
#4 · · 3 years and 9 months ago
I concur with everyone else. It’s not a pony story per se.

It’s dark, but not unheard of. I mean, it reminds me of this Chico Buarque’s song (French version by Frida Boccara), called Funeral of a Brazilian worker. The French version goes like this (no effort made to pull out rhymes):

You were just a child where men were needed. When Earth gives birth, it needs more arms.
Old enough to learn the name of the stars, hunched over the soil, you didn't see them.
You built your house under this tree, where birds come to nest but do not sing.
For your name to live on, you've chosen her who worked the soil as your neighbour.
Your children, like you, have hands harder than the wood of the pitchfork or the millstone.
Today once more, you go to the soil, but this time to rest.
You didn't even get to know the man
Whom you owed your daily handful of corn.
Maybe your children shall one day meet his.
He has not paid a lot for your hands
All that he has ever given to you, let me tell,
Is that old spot of soil where you now sleep.

So, yeah, that’s sad. There are some typos here and there (bleed instead of bled, for example).
But, even if we put aside the non-ponyness, what is the lesson you want to tell us here? The form you selected – a parable – clearly indicates that you want to teach us something. That life is absurd? Vain? Unjust? I'm not sure of the takeaway.
FanOfMostEverything

FanOfMostEverything
#5 · · 3 years and 9 months ago
I find your lack of Oxford commas disturbing.
Seriously, I was twitching at times because of missing punctuation, some of it non-optional. Being an English teacher’s son can be hard at times.

That’s a nice sentiment, Cotton’s father, but the furrow is generally behind the plow, which is in turn behind the pony.

To answer the question: When he picked the site of his farm and his crop of choice. No one told him to try to grow corn on a mountainside lumber camp. More importantly, no one stopped him.

In all, this tries for quiet, poignant tragedy, and it almost gets there. But between the tight-knit family dynamics we’ve seen in Equestrian farming families and the counterpoint to that last line, it doesn’t quite get there. I agree with the general consensus; this will work great as original period fiction.
Ceffyl_Dwr

Ceffyl_Dwr
#6 · · 3 years and 9 months ago
You know, I actually quite liked the contrast between the dark tone and the known Equestria setting. It really worked for me. It needs a spit and polish though, spelling and grammar-wise.

I would have perhaps liked to have seen more of the narrator's character shine through in the text. I appreciate the direction behind the piece, but it felt a little flat and lifeless at times, as though I was reading a summary from a text book or in a museum. I think that's perhaps why I didn't quite feel the tragedy as much as was (probably) intended. You had reached the word limit already, though, so I appreciate that there might not have been space to achieve this in the story's current form.

Interesting setting, and an honest meaning behind the words. I enjoyed this. Thanks for sharing.
Morning Sun

Morning Sun
#7 · · 3 years and 9 months ago
Does Equestria not have insurance fraud?

I mean, many LI policies don't pay out in the event of suicide to prevent scenarios exactly like this.