Rot · FiM Minific · 02 Nov 2019
Organised by RogerDodger
Word limit 400–750
Show rules for this event
Medicine
Discord floated over another spoonful of Meadowbrook Potion. “I don’t mean to be a sour puss,” He started, snapping his talon. “But isn’t this the third year in a row that you catch Swamp Fever?”

Out of the corner of her eye, Fluttershy saw a small creature pop into existence. It had a tail and paws of a cat, but had a body made out of a Grapefruit. She laughed. Why he didn’t pick out a lemon or an orange was beyond her.

“There ya go.” Discord smiled. “Laughter is the best medicine, but still, you need to take the antidote.”

Discord clicked his tongue and summoned a needle. He popped every bubble within a second or two. Fluttershy grew a slightly nauseous from watching his speed. Whether it was the Swamp Fever, or just dizziness, she didn’t know.

“You really need to stop going near that swamp.” Discord pointed to the spoonful of the green-tinged liquid.

Fluttershy held her breath as she accepted the spoonful. Quickly, she swallowed it. She gagged at the lingering taste that was both sharp and old, like taking a bite of stale bread with mold in it. Why did potions always have to taste nasty?

“I would, but―” Fluttershy winced as she felt her raw throat scratch together like sandpaper. “―Mr. Bear always wants to have a taste of Flash Bee honey during this time of year.”

“Can’t you tell him that you will get sick if you go near that swamp again?” Discord glared at the spoon. The spoon shook in fear and raced towards Fluttershy.

“I would, but he needs some food before hibernation,” Fluttershy said. “Without it, he’ll starve before winter is over.”

Discord frowned. “I can always summon a jar of Flash Bee honey if you need it.”

“That’s not the point,” Fluttershy said. “I need to go with him so he can learn to get food on his own.” She coughed again.

Discord sighed and summoned a bug catching net. He glared at the bubbles, and the bubbles flew into the net. He snapped his talon, and the net disappeared, replaced by a spray bottle.

As he spritzed the air and the nightstand next to her, he asked “This is the third time you went with him. Surely by now he can forage for food on his own?” He pulled a tissue out of the box next to her and shook it around until it transformed a paper towel. He wiped down the surface.

“What if I teach him? Discord asked. “It can’t be that hard!”

“We all know what happened last you tried to help the canaries learn to fly.” Fluttershy warned. “I appreciate the offer though.”

“Can’t I just snap the Swamp Fever you have out of existence? Maybe convince them to go on vacation? Go see the sights? Maybe snap a couple pictures at Canterlot Palace?” Discord tilted his head. A bunch of tiny suitcases appeared next to him.

“Don’t.” Fluttershy said. “I don’t want them to find anypony else to infect.”

“I’m running out of options here!” Discord snapped his talon again, a parchment with a quill appeared in midair. The quill ran a line through the sentence: Convince Fluttershy again to make the Fever take a hike.

“No, you’re not.” In response, Discord, popped another barrage of bubbles. “Look, Fluttershy, I know you want to look out for every creature, but there’s a point where it shouldn’t come at your expense.”

“I’d rather be sick than to have any of my friends starve.” Fluttershy said. She laid a hood atop Discord’s paw.

Discord paused whatever chore he was doing. His eyes widened as he turned to Fluttershy. She could see his Draconeequs cheeks burning with shade of red.

“You’re giving me the best medicine,” Fluttershy said. “Laughter. You are kinda funny when you are flustered.”

“Me? Funny?” Discord pointed to himself innocently

“Mmhmm.” Fluttershy nodded. “That’s what I like about you.”

“Hey!” Discord pointed to a section of her foreleg. “You're right! It’s working! A spot disappeared!”

Discord smiled. “How about this?” The parchment appeared again. On it, he scratched in: Make Fluttershy laugh

“That sounds good!” Fluttershy sat up in her bed “What have you got?”

Discord snapped his fingers and a brick wall with a stool appeared behind him. He took a seat.

KwirkyJ
#1 · 4 · 2 years and 10 months ago
I'm confused. Is the antidote/potion (vaguely implied to be citrus-derived, but quite possibly not) what's curing her disease, or the laughter, or both? Why does Mr. Bear need Flash Bee honey, specifically, as opposed to, say, anything else?

This strikes me as an excuse to write a Discord/Fluttershy moment, which I could get behind more readily if the setup made sense (see above) and, more importantly, Discord actually sounded and behaved like Discord. ETA: My primary metric is whether I can imagine Q (of Star Trek fame) behaving as the text would suggest, and it rarely steers me wrong. I have difficulty reconciling the personality of Q with the requirements of the text.

There are several small technical issues, mostly centered on punctuation.

As-is, this leaves virtually no lasting impression on me. Needs Work.
tinmane 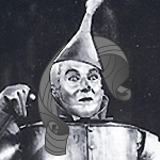 tinmane
#2 · 3 · 2 years and 10 months ago
I'm so-so about this. Exploring some of the diseases of the pony world is definitely with the theme, if you permit generalising some of the "rot" theme away. But the execution is lacking. An attempt has clearly been made to keep it short, but the dialogue remains lacklustre and indistinct. The effects and symptoms of Swamp Fever are weakly represented. Discord doesn't really sound like Discord. There is nothing to explain why a bear would need specifically Flash Bee honey to last through the winter, only that he likes it. I would personally have Discord ridicule Fluttershy's tendency to confuse "like" with "need to live". The whole "teaching" bit just moves the goalposts but does not excuse it.

alarajrogers
#3 · 3 · 2 years and 10 months ago
I am always predisposed to like a Discord story, especially fluff with Fluttershy, but I think this needs work.

Fluttershy making herself sick helping a bear learn to forage for himself for three years because he prefers the taste of honey in a place that makes her sick is Season 2 Fluttershy, not post-reforming-Discord Fluttershy. There needs to be a much better reason why she keeps going somewhere that makes her sick. Take advantage of Discord's callous disregard for everything that isn't his friend, and give Fluttershy a compelling reason why she has to go and stupid reasons from Discord why she shouldn't that boil down to "I like you better than I like your bear friend so I care about you, not him." As it goes, I think you have them reversed, with Fluttershy spouting nonsense based on her emotional need to protect everyone at her own expense and Discord being the voice of reason. If Discord is ever the voice of reason you need an excellent reason for it.

I don't have so many issues with his voice per se -- he doesn't seem wholly out of character, aside from the fact that he is being the perfectly reasonable one and Fluttershy is being extreme and ridiculous. I feel like you could solve a lot of the problems just by giving Fluttershy a much better reason for having gotten sick and Discord's objections being basically "But I don't want you to" rather than absolutely reasonable and logical objections given that her behavior is silly.
Bachiavellian

Bachiavellian
#4 · 1 · 2 years and 10 months ago
I really like the message of this one and overall payoff of this one. It's rather small-scale, but it says surprisingly a lot about our characters in a space that fits into the minific word count cozily.

... Honestly, maybe a bit too cozily.

The problem that most poorly-paced minifics face is that the payoff and ending gets squished down for the sake of fitting it into the word limit. This is one of the first minifics I've read that has somewhat of the opposite problem. There's a lot of superfluous actions and dialogue that kind of distract from the simple and sweet point. For example, almost everything past Fluttershy's "I would rather be sick..." line doesn't end up adding all that much to the main point of the story. It's fun dialogue, but the wind-down is so long that on my first read-though, I honestly thought that I had missed the point of the entire story. It threw my internal sense of the pacing on a loop, and it wasn't until my second or third reading that I think I understood the story the way you meant.

That doesn't necessarily mean you should just snip it off, but I do think that maybe you should consider altering it in a way that keepds the message of Fluttershy's self-sacrificial kindness in the spotlight. Otherwise, I think you risk your reader getting confused at all the extra fluff and starting to grab at straws that aren't there.