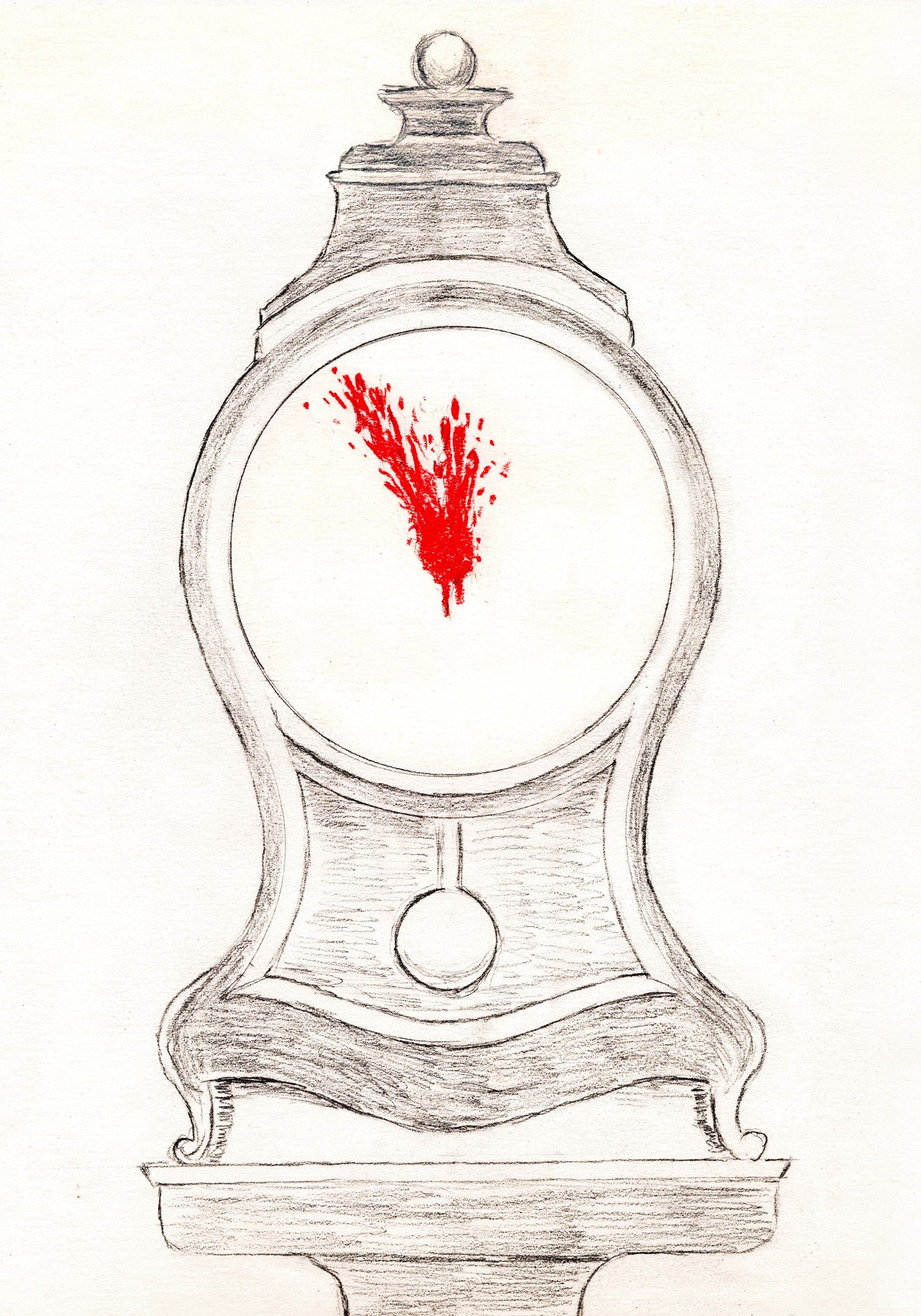 thebandbrony
#1 · · 1 month and 6 days ago · >>GroaningGreyAgony
Delightfully grim. I'm getting a Watchmen-esque vibe from this piece. The hand-scrawled look and the choice of pencil as your medium was an excellent call--really drives home the underpinning of madness from the story.
GroaningGreyAgony

Omnes Vulnerant was the first story to grab me with a strong visual image; I first saw a sort of space where a grandfather clock had been, outlined in dust. I then became doubtful that a full-cased clock was meant, and was finding it hard to arrive at a workable clock outline. I settled on rendering a clock but leaving the face blank.
I did a search for 'antique swiss clock,' picked one I found pleasing to the eye, and rendered it in pencil, using CDs and teacups and bottlecaps to form the center circles and freehanding everything else.
When I got to the clockface, the bloodstains-as-hands suggested itself and there I added the piece's only splash of color.
Thanks for the great comment!