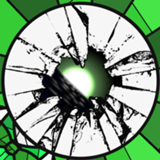 29 Oct 2018
Shattered_Starlight
The answer is trivial and is left as an exercise for the reader.
Overview Entries 3 Posts 1

Shattered_Starlight
#21164 · · 1 year and 7 months ago on Half a Pair Short · >>Posh
Prompt Relevance
Quite evident here, with the almost mirror reflections of the Applejacks' perspectives on their parents.


Content and Characterisation
This is an interesting take on EqG!Applejack's perception of her father, though it only clicked in me with the last few lines; they really drove home the 'emotional punch', as >>Meridian_Prime stated, with Twilight's white lie contrasting both realities' Applejacks and their relationship with their parents.

Both are 'dead' to them, literally and metaphorically respectively, and that was a nice point to draw the story around.

However, Twilight's thoughts on "So then what was eating Applejack?" was most probably unnecessary; it was well evident in thr other descriptions of Applejack's sour attitude. Just a minor issue, and it doesn't detract from the story by a notable margin.

Characterisation is on point, with Applejack's focus on family. Also nice detail in including the relative ages of Applebloom and her sister, in explaining the differences in view towards their father. Twilight, though not featured as prominently, pulls through with her role as a shoulder for Applejack to lean on.

Prose and Form
While I personally am not in favour for stories with heavy dialogue, I feel here it plays well with Applejack's cold shoulder towards her father. Moreso with the sense of unease that is brought with the first few lines, where the situation is normal - even pleasant with Applebloom joyfully returning home - yet the structure of the narration is mechanical.

Even if it wasn't intentional, props to the author for stylising the narrative to suit the emotions of the characters.

Final Thoughts
This piece fits in its word count very nicely; scope was well within what is expected and didn't fluff about needlessly. Solid characterisation, prose fit the ideas - all around an enjoyable read.