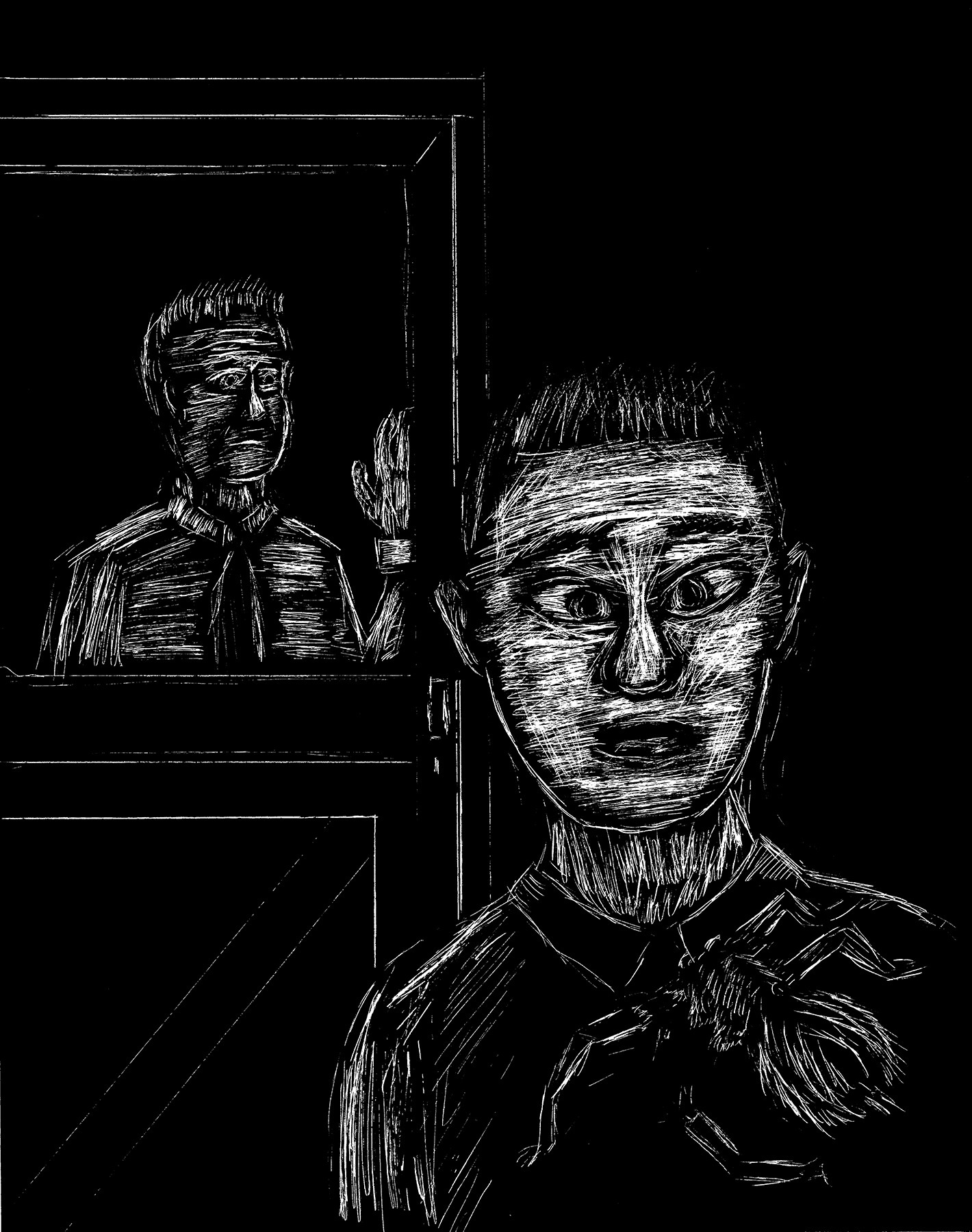 Pascoite
#1 · · 1 year and 7 months ago
I'm curious what this style is. It looks like one of those pieces where you color in a page with black crayon, then scratch lines in it. Because of the foggy way the faces are rendered, it's hard to get a read on character emotions from it. Even if it did, I don't know that it'd be conveying its own message beyond just being a scene from the story. And wasn't Daniel already outside when Charlie started abusing the spider?

I see the skill here. Just not sure I see the message.
horizon

horizon
#2 · · 1 year and 7 months ago
Geez, you would not believe how hard it was to google that this style of line drawing (where you have a black canvas and scrape the ink away to get your white areas) is called "scratchboard art". I remember doing it during art class in high school. Of course, given that I went to a high school with art classes, I'm probably dating myself.

It's a tough medium. You have to think about your art in reverse. You're not adding shadows, you're adding highlights. And once a line goes down, you pretty much are stuck with it unless you repaint your board and let it dry again.

That said, the overall effect is a little uneven. I can't quite shake the odd sensation of the foreground Charlie's crossed eyes. If it's meant to represent him he's staring at the spider, the perspective lines would put that close enough to his face that the thing's larger-than-tarantula sized. The shading on Daniel's face also feels off (unless it's meant to be a horseshoe/trucker moustache). Scratchboard is unforgiving. :(

But what's going on in the photo is immediately recognizable, which is the first goal of representational art. So points for success!

Thanks for contributing, artist! And that's art reviews done.