Alone Together · FiM Minific · 18 Apr 2020
Organised by RogerDodger
Word limit 400–750
Show rules for this event
Flat Spiral
My daughter fades into a twist of insanity spinning in her eyes.

She lies on my forehooves. Has been for a minute. It’s too much wretched chaos magic. I kept telling her to never venture too far through the Bedlam Badlands. It just takes one push too many to….

Agh! She’s good and noble, risking her sanity to give ponies safe passage around the insanity, but she’s my daughter! My child, compassion and sacrifice are good, but to see you wither away into disarray… if only I could kill chaos with my own bare hooves!

She looks at me.

Her spiraling eyes stare, bore, into my soul. Two spiraling and shattered pink windows of a poor twisted soul.

Time to put on a brave smile for her. She must recognize me. That’ll be a relief: they all lose their minds, I hear. May this be an exception. May you spare me, you devil!

I keep her close as she inspects all of me: my legs, my face, my mane, my eyes.

I’m your mother. Please, my precious Screwball! Do you remember me?

“Ooh! You’re the new candidate for the checkered floorboard!”

She chucks me a mop and a bucket. I’m in a janitor’s uniform. Don’t know how other than chaos magic—

Speak of the devil.

There he is, standing by a stall of mop-flavored noodles. I’ve only heard the descriptions and seen the stained-glass windows, but, in the flesh… Discord. This abomination upon the land, the great corrupter, my daughter’s murderer! I must strangle him. Let me have at him!

“Oh, that wouldn’t be necessary, Miss Vine Eye.” While he speaks, my poor Screwball floats around, hugging him. He is not your father!

“Besides, I hear that you have a grievance with this newly-born chaos pony. Ma’am, let me direct you to customer support—“

This new death stares at me like we are mere flies. “It’d be boring if I was the only one doing the chaos, so, naturally I outsource! Also, you’re just not careful enough to travel through Bedlam, are you?“

“Screwball is skilled enough! She’s helped many ponies through this place!”

“Then you should thank me, eh? I made her competent.”

Despite the laughter telling me to give up, I do not. Yes, I’ve just thought of a weapon to stave off this anathema: a logic bomb!

“Is that all you do? Break up relationships?” I raise my voice, confidence empowering me. “That’s... just the same, isn’t it? It’s always about making chaos and breaking stuff! It’s not chaotic if I can predict that you’ll just break things, is it?!

“So, wanna be chaotic? Bring me and my daughter back together!”

He’s drooping his shoulders... defeated? I… I couldn’t believe it. It actually worked! He even snaps his talons! I turn to my saved foal!

Her eyes still swirl. My daughter, still a fading spiral.

“You didn’t change her back!”

His smirk sinks my heart, drags dread across my spine. “You want to be back together, right? You cannot complain if I did deliver on my promise, Missy.”

That’s when I see everything.

The number, the probabilities, the variables of this world, this reality. The connections between everything and everything else, how they can be modified.

He shoves something into my mouth. It’s green. The color green. How did I know it was green? How do I even taste green?! Why did he just do that?… no, is he becoming sensible?! I’m asking questions about him?! They say there’s a method, a twisted logic, behind the madness but—

Everything. He’s opening my eyes, and the world is anew. It is so, yes, beautiful. New dimensions, realities, playthings, obstacles….

Get a grip on yourself! This is me speaking, me! He’s turning you into—

I got a new co-worker today! Wow! Thanks so much, Discord! Anyway, she’s Vine Eye, and we’re already mopping the checkerboard noodle aisle!

Gotta say, she keeps hugging me even though we’ve only known each other for an hour. But, I hug her back! She’s such a nice enlightened pony like me! Maybe hugging is her signature move! She doesn’t know why she’s hugging me, though. According to her, she just knows she has a special connection to me somehow.

"Screwball" for a pony with spiral eyes? Maybe a bit on the nose.

Nevermind, pure Discord... got it. This is creepy in all the good ways now.


And yeah, that creepy continued to be excellent until the scene break. The absolutely self-defeating scene break. We already had the existential horror in our heads, and it was GOOD. A throwaway scene at the end with the puppet-ponies is pointless. Alliteration aside, I feel it even actively detracts from the impact the closing of the last scene had.

Still, high marks for some real originality here, but I'd definitely drop that final scene from prose. (Though I can see how it would work in a purely visual medium like television.)
Comma Typer

Comma Typer
#2 · · 2 years and 5 months ago
In which reunions aren't always happy affairs.

The ending is a mixed bag. On one hand, it's sensible for it to just go off the rails like that, what with this being a story where Screwball and Discord are characters and there's chaos magic involved so I can enjoy some narrative bending here and there for the sake of it. On the other hand, it's just a massive mood whiplash that I feel like I'm reading two writers writing the story with varying directions. There should be some way for the reader to at least ease in or prepare for the whiplash—maybe showing Vine Eye succumbing to the insane-happy chaos magic and then cutting to the Screwball ending. Not to mention that Screwball's point of view comes off more as a more caffeinated Pinkie Pie than someone truly steeped and brainwashed via chaos magic.

I am very concerned about the ending because its disruptiveness pulls down on an otherwise great story here. Nailing the motherly "Mama Bear" point of view takes some nuance without coming off as overbearing, but as someone who is not a mother and hasn't been in a similar situation, I'd say that I think you did well on that. As for Discord's characterization: it's refreshing to see pre-reformation Discord in a story because of how nonchalant and how cruel he can be at the same time—the evil sort of chaos, not the neutral happy-go-lucky one we get post-reformation. And, of course, that sadistic twist on reuniting mother and daughter is... well, sadistic. Like, it's not something I should like, but it works. Then again, I am not a big fan of horror, so take that as you will.

Overall, a terrifying tragedy with a tragic end, for good or for bad. Should see this at least near the top of the middle of the pack if not medaling.
WritingSpirit 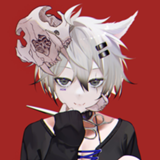 If there's anything in a story that would win me over from the first read, it's the ideas it toys with. And there are certainly some good ideas here, no doubt about it, so much so that my experience with the story is just hitching along for the ride and hoping to see where I end up when it's done. Those ideas still stick with me even after the second and third read, so kudos.

Regarding the ending, I think it could've worked if we stick with Vine Eye's perspective instead of leaping over to Screwball's. It does feel a little abrupt to suddenly change it after spending a bulk of the story being with Vine Eye. I'm guessing with this current approach that there's supposed to be a contrasting duality at play here. I guess it's because of this new context we've been given post the scene break—that Screwball is viewing her mother as a new friend—that I believe the duality doesn't fully translate. If that's true, it's ambitious, I'll give it that. I'd still prefer to stick with Vine Eye though. I think getting a look into her thoughts in the aftermath of her transformation could potentially be more crushing to the soul.

Just a bit of a nitpick here, I'm a little iffy on how Vine Eye's train of thought works. It's a bit harried at some points. I think it does help with making the whole story feel raw, but it does make the story feel a little bit messier for me. Don't know, just something that kinda popped up in one of my later reads.

All in all, great ideas at work here, Author! A bit of polishing and you're good to go!

Thanks for writing, and good luck!
CoffeeMinion

Thoughts: Hold up, everybody—this is how you should start a fic:

My daughter fades into a twist of insanity spinning in her eyes.

And this is only the beginning of a large mass of effervescent prose that carries me along a path of suffering and defiance. Dis gud, in other words. I enjoy writing both Discord and Discord accessories, and this provides fine examples of the genre. Brava! Bralette! Bravissimo!

So uh, the awkward thing is that I’m not gonna Top Contender this. D: My rationale comes purely from the ending. It’s actually a great concept IMO, and hella tragic, to have Screwball’s mom fail to win her back, stop Discord, or even keep her own sanity. But right now, even though this drops into some brief suggestions about her mind expanding to encompass chaos itself, IMO the description and depiction of such is rather a bit pro forma, in stark contrast to the more captivating phraseology that preceded it. The problem once you’ve shown me that you can hit harder is that now I know you can hit harder, and you’ve given me a fresh taste for it.

Seriously though, please flesh this out a touch more after the contest! This with a slightly more developed sense of its own tragic ending could be a very memorable tale indeed!

So, it turns out I was able to hang with the top half of the pack this time around which is encouraging. I believe this means I'm improving as a writer, which is the main reason why I'm in the Writeoff in the first place.

I am concerned, however, with my consistent failings or mess-ups with how I do endings, especially since the last paragraphs or sentences are one of the strongest a reader usually remembers from the story, I believe. Your suggestions for better endings—from cutting off Screwball's portion entirely and leaving it at that, to still sticking with Vine Eye but after the chaosificiation—are certainly better than this massive mood whiplash of a screwball as it stands.

I don't have much else to say other than this: Thank you for reading this fic and for providing feedback on it! I hope it was good spending for your time, and see you all next time!
Xepher

Xepher
#6 · · 2 years and 4 months ago
Well, if it makes you feel better, this was still the top of my slate. I just mostly "ignored" the bit after the scene break and it's pretty dang solid!