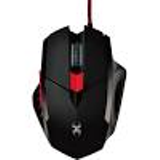 Firstly, congrats to our winners, Dubs, Cold, and Mike! Good job on your writing, and enjoy your well-earned medals.

Secondly, thanks to everyone, for the reviews and feedback on my story. I cringed reading them, because I cringe even harder looking back on what I wrote. However, I won't insult my readers by apologizing; votes say this was genuinely enjoyed, which I'm more than happy about.

Still, this story is an example of what my writing looks like when I wing something just as hard as I actually can. It was written in about the last five hours of the contest due to work, friends, poor time-management, and being night shift. Basically a complete hack-job.

How well it's been received surprised me, to say the least.

I… am fully aware that the plot of this story more than limps; it drags a mangled, bleeding carcass through the verbiage. This is what happens when I get exactly one idea: "Hey, a necromancer could visit their dead relatives!" while walking through a graveyard on Easter weekend, but don't come up with any sort of compelling conflict or tension.

I started alright, and managed to define Peter and Sabriel's (yes, a nod to Garth Nix) characters before I ran out of plot. I'd begun late and rushed, fully immersed in panic mode, so I steeled my resolve and applied Chandler's Law three times to get a trainee necromancer, a police officer, and… Aleister Crowley, because why not?

Not going to lie, that wasn't my proudest moment. After reading Bradel's comment, I wish I'd used Elvis. It would have made just as much sense, and been twice as funny.

Anyways, once I had some more conflict, I hastily knotted all the pieces together with some lumpy exposition and a dumb fight scene. For incantations, I took a moment to check Wikipedia's list of demons in the Ars Goetia and find some somber poetry. I slapped on an ending, made an alt, and uploaded without even a decent editing pass.

In the end, I could, and should, have done countless things better. I cringe looking back, because I knew I was writing flaws into the story as I went, but couldn't pause to think out better directions or challenges. :/

The magic came from my ideas folder; in the middle ages, according to Wikipedia, there were seven types of forbidden magic: necromancy; palmistry, (chiromancy); scapulimancy, (spatulamancy, omoplatoscopy - divination with the bones of shoulder-blades); geomancy; hydromancy; aeromancy and pyromancy.

I had, at some point, started playing around with a magic system that legitimized four of these as being safe 'external' magic, and outlawed the other three as being dangerous 'internal' magic, since they apply directly to the body. (I've assigned necromancy, palmistry, and scapulimancy, to head, hands, and heart as well.) Things have been tweaked for a more action-oriented and 'popular' feeling, since they seem mostly oracular, originally.

It seems I'm an even worse judge of my own writing than I thought. I'm glad of the reception and comments, but wish I'd created something I was more proud of, even if I'm apparently capable of writing somewhat enjoyable things under pressure and in a rush.

Panic and lack of planning created massive systemic plot flaws here, not the least of which are an endemic lack of cohesion and a total disregard for deliberate pacing, foreshadowing, and recursion, all of which I was quite rightly called out on in various ways. Possibly the only piece I'm proud of is the first third and last few paragraphs, and the only element I'd actually re-use otherwise were the death poems as spells.

I am, however, moderately pleased with my character work. But… original characters and scenery are the easy part, for me. I just never expected them to carry this so far.

Once again, I'm mostly left pondering effort and reward, the 80/20 rule and how it applies to my skills. I have yet to effectively grasp my creative methods: what affects the process the most, where I should focus my effort to tell better stories with less work. Can I leverage my characters to create better plot more easily? Probably, if I knew how. :/

I have applied for a shift transfer, which might let me reclaim a normal weekend schedule. However, next round I'll strive to manage my time and concentration better.

I may even succeed.

Thanks again for your kindness; I appreciate your patience with me.