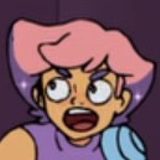 ficwritra
#24043 · 1 · 4 months and 2 days ago on Revolutionary Girl Adora
A couple of thoughts about the choices I made re: some of the relationship stuff...

1) The biggest concern I had from the top was simply fitting within 8000 words. I wound up totally fine, but at least half the time in writing I was very apprehensive about whether I'd go significantly over, so I cut back on stuff that might have elaborated more. This is the least legitimate excuse, but it's there. I think the ideal version of this fic would be longer and specifically aim to flesh out the characters more - but it's also complicated by the fact that I think one thing that works here is how fast it moves.

2) The ending and reveal that it's not an actual AU was from the start essential to my entire idea about the fic. This was borne out through a few different things - one of which is the hints that something was up, which are pretty unequally distributed (like the kind of throwaway mention of Lights Hope in a dream), but definitely come out in the fight with Glimmer, which hinges on Adora kind of finally putting things together and trying to somewhat communicate that to Glimmer. I'm not super satisfied with that, but that's the idea. But that also affects, like, the way I wrote some of the characters - most obviously that the characters who aren't 'real' characters who are experiencing the simulation don't get direct lines. Bow, Entrapta, Sea Hawk, Spinnerella, etc. all are mentioned as talking and they do stuff and exist, but more as projections of the experience that the other characters are having. Again, I'm not sure this is a -good- choice, given that the reader doesn't know this and instead they feel kind of weirdly flat, but it was a choice. But as it comes to the relationships itself, that was also... sort of a choice? It's meant to be a deliberate reflection of how the 'real' characters feel about stuff in the 'real' world - so Hordak has Entrapta as a second and hangs out with her which reflects him actually liking her a lot in the real world, even if he wouldn't, like, ever admit that. That's also why Catra would vaguely know that if Mermista had someone important to her, it'd be Sea Hawk, right?! Except no, not really - she likes Sea Hawk but I tend to see her as such the protagonist of her own story that she'd try to be two steps ahead and pick Frosta instead (which never came up, haha) because she wanted to win so much. Angella's presence is also weird in that way - both Adora and Glimmer have some things to work through since this is meant to be set post-her-death, but I couldn't quite figure out how to communicate that right.

So really I'm kind of unsatisfied with this at least in terms of how it measures up to my goals, but happy enough with the anime pastiche aspect. (It's funny that no one had actually seen Utena - especially since I used the aesthetic of Utena in a vague sense but none of its actual rules or setting or framework) I wish I could do it better but I'm not actually sure that I'm capable of writing it right. Hrm.
ficwritra

ficwritra
#24031 · 1 · 4 months and 1 week ago on Jobs and Destiny
Ooooh, I love getting to see more about Bow's backstory of parents wanting him to be a historian. Even though this basically hinges on an OC, Varnish is introduced and defined in a deft way for such a short span - all of the parts about him talking with Glimmer are revealing in an interesting way, and that leads naturally into his mentor-ish role that follows. I also feel like you had a kind of kinetic style in the beginning where the humorous jokes and moments were ones that I could almost immediately picture taking place in the show itself. Great stuff.

In some ways this feels a little more like a sketch than a full story, but I enjoyed what we got!
ficwritra

ficwritra
#24030 · 2 · 4 months and 1 week ago on Honor/Power
I really like this! Though it's just dipping into a few moments, I think it really fleshes out a characterization for Kyle that preserves his goofiness while also giving him some weight. That perspective makes the rest very sympathetic and even melancholic at the end. If anything, the third section is just a little bit weaker than the rest, but that's probably because I really like the more full interactions of the first two bits, and the point is that Kyle is having to put aside the things that make him interesting as a character (and person) in order to be a faceless horde soldier.

I sort of wish there was more, but I really don't know if there -should- be. I think the discomfort of the ending is kind of the point.
ficwritra

I just wanted to note: Having it be from Thursday-Monday sure does make writing something a lot more accessible, as I was able to get things done even in between a reasonably busy weekend in terms of social events. I think this might just be at the right sweet spot for me personally, in terms of pressure to get something done in a short time span while also not demanding total devotion to fic.
Paging WIP